The Poco M3 is going to become official on November 24, and now, just a few short days before that happens, an image has been outed, purportedly showcasing the upcoming device.

As you can see from these leaked renders, the Poco M3 seems to continue the unconventional branding trend started by the Poco X3. This time the logo isn't as huge, but it is in a place you don't see such inscriptions often - symmetrically placed at the opposite side of the camera island. 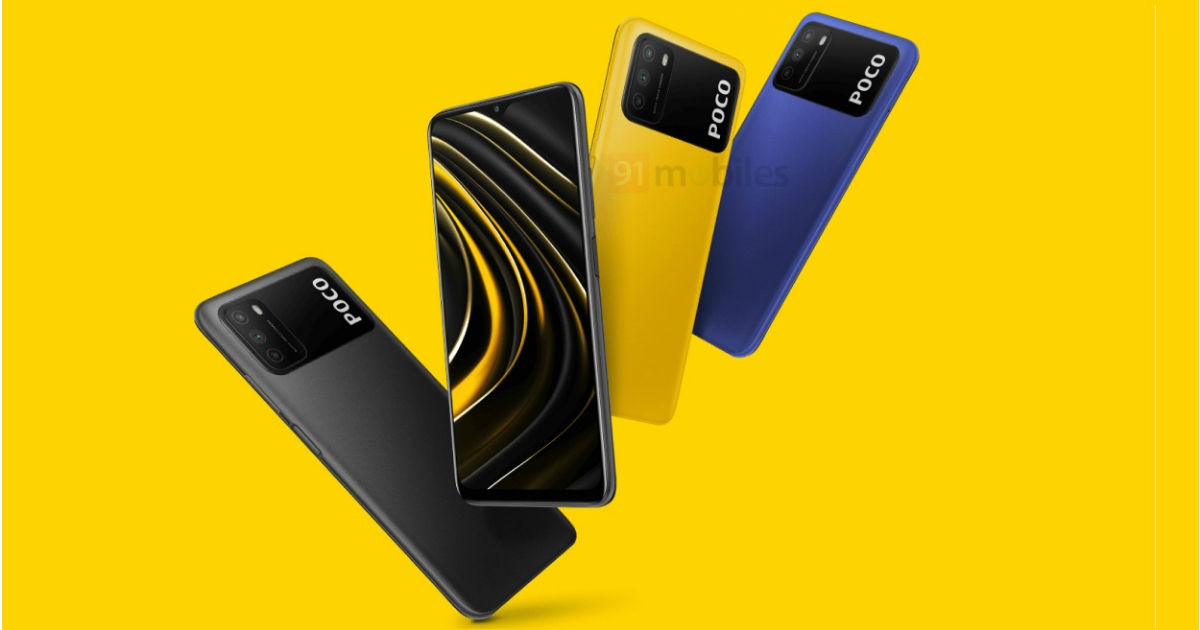 Speaking of that, three cameras are on the back, next to what looks like a dual-LED flash. The Poco M3 looks likely to launch in black, yellow, and blue, but these may not be all the colorways we'll see.

The screen has a waterdrop notch and we can clearly see a side-mounted fingerprint sensor, which probably means it's an LCD display on this one. According to rumored information ousted by the same source as the image, the Poco M3 will have a 6.53-inch FHD+ touchscreen, the Qualcomm Snapdragon 662 chipset at the helm, 4GB of RAM, a 48 MP main camera, and a 6,000 mAh battery with 18W charging support.

Apparently the phone could later get rebranded to Redmi Note 10 4G, for the Chinese market. We'll have to wait and see. There's no word on the pricing we should expect, but considering the 6-series chipset compared to the 7-series SoC in the Poco X3, we'd assume the M3 would be cheaper than that model, at least by a little.

mine also good, but i tried to change my os. It's showing error all the time. MiUi 11 is also good

Even I thought the same

It's almost as if they don't want people to know that poco is just rebranded xiaomi phones now, that this time they're intentionally releasing the phone first under poco only to get "released" later on as redmi/xiaomi...