If you’ve been following Nintendo’s moves in the mobile industry for the last couple of years, you’ll know that Nintendo has been thinking about entering the mobile gaming industry and so far it already has two games out on the iOS and Android mobile platforms, namely Pokemon Shuffle and Miitomo.

The most anticipated mobile game for Nintendo is Pokemon Go, conceived by the same developers that created Ingress, a giant online game of capture-the-flag, to use the same geography based technology in the newest and biggest online community of Pokemon trainers in the real world. 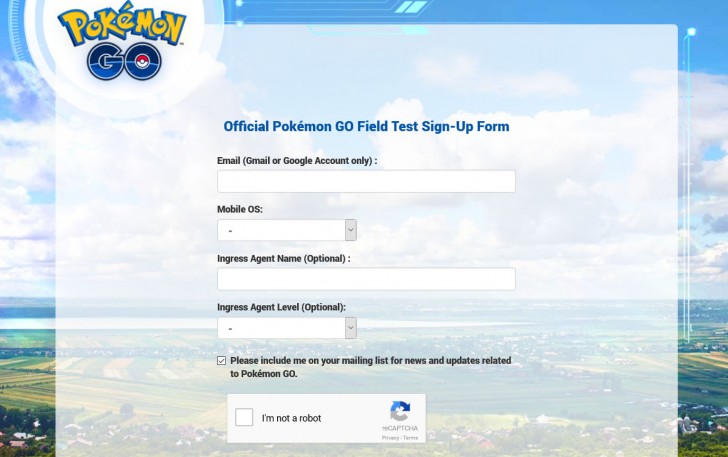 Anyway, back to the Field Test (Beta). Such field testing has been opened to any US-based gamers. The sign up form is available on the official Pokemon Go website in conjunction with Niantic Labs. The Field testing has already been available in Japan first, then more recently, New Zealand and Australia. Field testers (if chosen) are urged not to share any screen shots or recordings of the gameplay on social media websites in order to keep the element of surprise brand new to upcoming players.

In order to sign up, click the Field Test link and sign up with your email, mobile platform, Ingress username (and Ingress level if you have one). Playability isn’t guaranteed on all devices and gameplay progress will not be transferred to the final product. The Niantic Labs team also warns that your gameplay data could get inadvertently deleted at any time.

Wait a minute. They don't battle it to the death. It just faints the pokemon. Once its hp is dropped to 0, it just faints otherwise how can you explain the large number of pokemon?

Yeah! I agree. But it never affected me now as a grown up man. Im addicted to it when I was around 7yrs old, maybe..haha. I love animals and I hate seeing them in pain. So basically, we do not literally see those battles as a game as a child, but ins...