Polaroid has made official three entry-level devices - a couple of smartphones and a tablet. Starting with the phones, dubbed Cosmo K and Cosmo K Plus, the devices are powered by a 1.3GHz, quad-core processor, come with 1GB/8GB memory config, and feature 13MP/5MP camera combo. 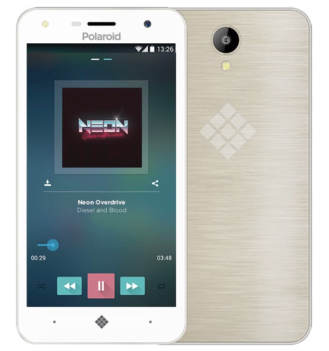 While the Cosmo K sports a 5-inch screen, the Plus variant has a 5.5-inch display. Both smartphones pack in a 2,800mAh battery and run Android 6.0 Marshmallow out of the box.

Coming to the tablet, the device is dubbed Jet C7. It's a 3G tablet that's powered by quad-core 1 GHz processor and sports a 7-inch screen. Memory configuration is 1GB/8GB, while camera combo is 5MP/5MP. The tablet packs in a 2,650mAh battery and runs Android 6.0 Marshmallow out of the box. All three devices are currently available at Telcel in Mexico. Pricing information, however, isn't currently known.

This looks like som low end device made in 2013! Galaxy s2 had 2cores @1,2GHz and if i remember right same year was s3 introduced with quadcore @1,4 GHz 2gb ram with less bezels then this. Shame for Polaroid.