A lot of rumors have been floating , regarding the potential future Windows phone flagship, and it couldn't come soon enough. But things don't get any clearer as time progresses, instead new and different info keeps surfacing. 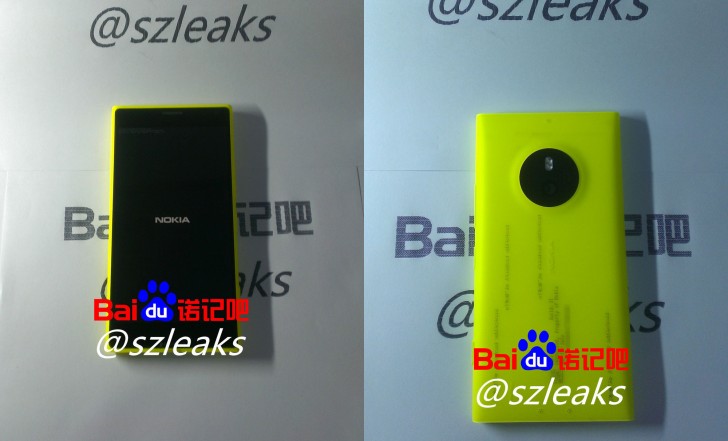 This latest leak pictures a polycarbonate device, which looks a lot like a Lumia 735 with its fat buttons, but with a camera hump bolted on, much like the one on the Lumia 1020. This interesting blend of designs is said to be packing a 5.2-inch FullHD display and top-end Snapdragon 810 chipset.

The display is the same as what the Lumia 940 was said to feature, but the SoC doesn't match the previous rumor, not to mention that the Lumia 930 had a metal frame and it would be illogical for Microsoft to take a step back with the new model.

Another discrepancy in the design is the Nokia logo, front and back. It could be an old body, developed back in the day, as it also carries a lot of the Nokia N9's vibe, but with newer hardware fitted inside for testing purposes. It does feature larger bezels than the latest design language would suggest, if the leaked front panel for a Lumia 1030 can be any indication.

In any case, an upcoming Microsoft flagship needs to arrive sooner rather than later, if for no other reason but to promote the cross platform prowess of the latest Windows 10, launched today on PC.

This is yet another Chinese prank.

MetroTube? First time heard of that. Maybe I will try that next time. WP get more interesting lately.