Huawei's Ascend P6 phone was praised for its slim profile while still maintaining top of the line specs. The handset's successor, the P7, has yet to be officially released, but we do know a few things about the device; namely its leaked technical specs. We may also have some leaked image renders of the smartphone, straight from China. 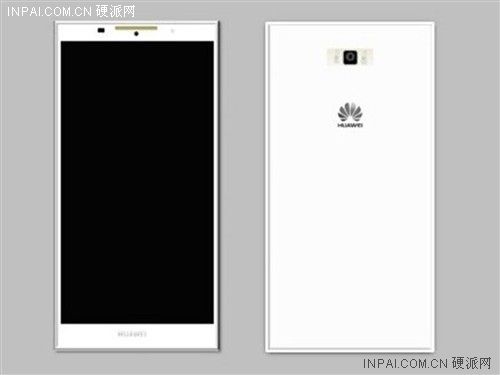 From the renders, it looks very similar to the P6 with its angular lines. The bezel also appears to have been trimmed down (to make room for the reportedly larger screen).

The P7 is supposed to go on sale sometime in April, so it will only be a couple of months before we see whether or not the renders coincide with the actual design of the phone.

Here's a recap of the purported specs that the P7 will have: 4G LTE, Android Kit Kat out of the box, a 2,460mAh battery, 2GB RAM, 16GB internal storage with a microSD card slot, 13MP primary camera and an 8MP front unit, and a 1.6GHz quad-core processor. The P7 is also expected to have its screen size bumped up to 5”, with full 1080p.

Are you excited to snatch up Huawei's upcoming flagship, should the rumored design and specs turn out to be real?

UMMM NO...Why would you invest your hard earned $$$$ to buy a phone from a company that has proven it rarely releases updates. At least the bigger companies like Samsung realize this and update their products. They get the fact if you look after you ...

The battery in ma huawei ascend p2 is very poor,can't even get me thru one full day of average use plus no KitKat,stupid company

to be honest Huawei, will be going from strength to strength, and a force to reckoned with. they will become a big sales. There handsets are very good. shame they dont use snapdragon chipsets, Mediatek are ok.