The popular testing application GFXBench has long been a plentiful, albeit often confusing source of hardware leaks for new devices. This is precisely the case with a recently revealed tablet specs sheet. The information cited on the website seems to revel a rather powerful new piece of hardware with a 10.1-ich screen putting it squarely in tablet territory, and a QHD (2560 x 1440 pixels) resolution. 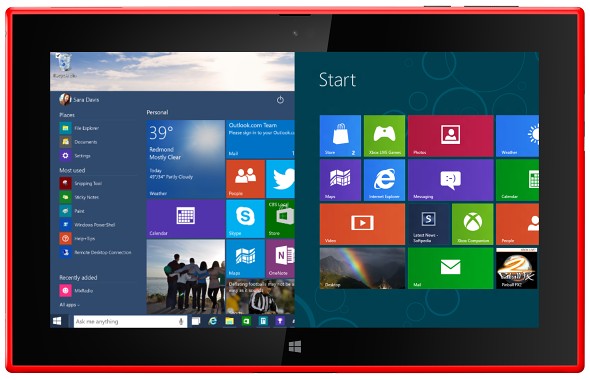 The rumor mill leads us to believe that this is a future successor to the Lumia 2520, but something in the specs sheet just doesn't add up. The GPU in the report is announced as Qualcomm Adreno 420, which is found in the Snapdragon 805 SoC. This is all fine, but the problem is the OS of the device is listed as Windows and this most probably refers to Windows 10.

Microsoft has really been pitching its new One Windows strategy lately and it comes as no surprise that a new line of powerful hardware is required to really allow the now OS version to take off once it hits consumer markets. One of the pressing questions that were recently answered about Windows 10 is how it will behave on smaller devices. 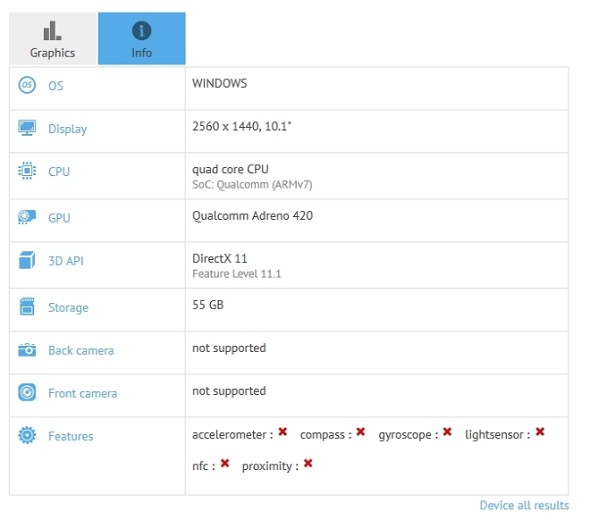 Joe Belfiore, Corporate Vice President, Operating Systems Group at Microsoft explained that Microsoft has set the minimum bar for a full desktop Windows experience at 8-inches, as presumably lower screen sizes render traditional win32 apps almost unusable. Keeping that in mind it is only logical to assume that the new supposed Lumia tablet will run a full version of Windows 10, but sadly that is impossible due to the ARM-based nature of its architecture. 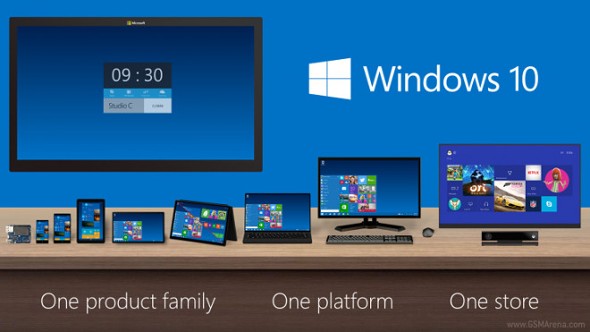 While the new device definitely looks exciting, something is still wrong with the picture. It is worth noting that the GFXBench test was most likely run on a development unit and such anomalies in reported hardware and OS information are easily explainable. Another option is that the device will follow In the steps of Windows RT-powered devices and deviate a little from Microsoft's overall intentions by offering a limited Windows 10 experience on a big screen. This however seems less likely, seeing how the capable Snapdragon 805 is a definite overkill in a potential candidate for the RT niche.

Whatever the case we will be sure to keep a close eye on Microsoft and keep you informed on what they have planned for Windows 10 in the tablet realm.

Well gentle (Wo)man, using both the Lumia 2520 Win RT and an Asus with x86 Win 10... Some times, being able to light up an .EXE from removable solid state storage is a Very Bad Idea. Usually, its a younger go getter, wanting to 'fix' some p...

Nokia N1 is much better.

yay RT lives, maybe they were reminded some people would rather swap x86's disadvantages for ARM's "limitations" that don't apply to them for their needs and usage scenarios, I mean, I just want a giant touchscreen with a browser, media cap...