Press image of Nokia Lumia 928 for Verizon Wireless leaks out

A press image of the previously tipped, long-awaited Nokia Lumia 928 for Verizon Wireless has made the rounds on Twitter. The Big Red's upcoming Windows Phone 8 flagship will likely be officially released by the end of this month. 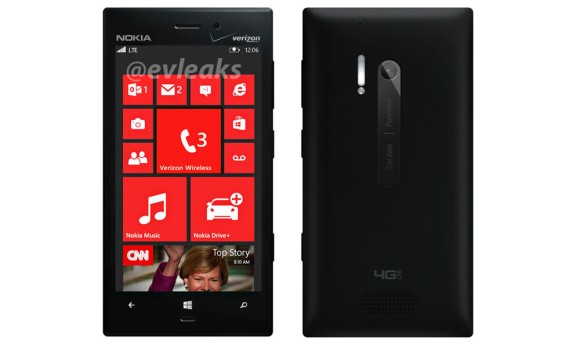 As its name mildly suggests, the Nokia Lumia 928 will be closely related to the AT&T exclusive Lumia 920 - it is expected to share the same CPU and display. The Verizon offering however, will one-up its AT&T counterpart by packing a xenon flash in addition to the standard LED one. It is also expected to ditch the 920's polycarbonate unibody for an aluminum outfit.

Mority of those write here about WP8 does not had a hand on it or own one. I am using Lumia 920 for 5 months, of course two times frozen but automatically switched on and worked when let it as it is for sometime. To me its very good, smooth in all ...

Obviously, nokia's "exclusive" camera apps are not exclusive anymore. some of the apps are already copied by samsung LOL!

what ridiculousness is this. Just press the volume up or down button and a drop down appears, from that drop down there is a button that clearly allows you to turn on or off the ringer... which moron has been going all the way into settings?