Sony has announced two new controllers for the PlayStation 4 consoles built for professional gaming. Built by Razer and Nacon, these are the first two controllers being made by third-party manufacturers and officially licensed by Sony. 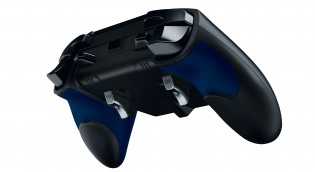 The first is the Razer Raiju. Named after a mythical Japanese creature, the Raiju has two additional bumpers at the top and two extra detachable triggers on the back and a built-in control panel on the front. The controller uses trigger-stop switches and has hair trigger mode for quick response during competitive games. The controller also has two custom profiles that you can switch between using the buttons on the front. The analog sticks have detachable rubber caps for additional grip. Like the DualShock 4, the Raiju includes a 3.5mm headphone jack with dedicated buttons for volume and mute. It connects to the PS4 via a 3m long braided cable, which can be detached. 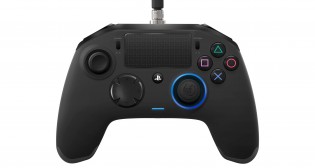 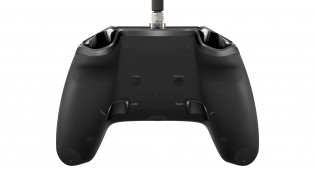 Both controllers will be available during the holiday season this year. Pricing and other information will be released then.

But does it have a selfie shooter???

I can complain about the life cycle of third party controllers but the legit sony brand seem to out last by decades. Original ps 1, ps 2, ps 3 controllers all still work and with no problems but the third party sets went into thw bin from failin...