Alleged live photos of HTC E9 appeared online. The images came from the same source as yesterday’s HTC One M9 Plus photos. 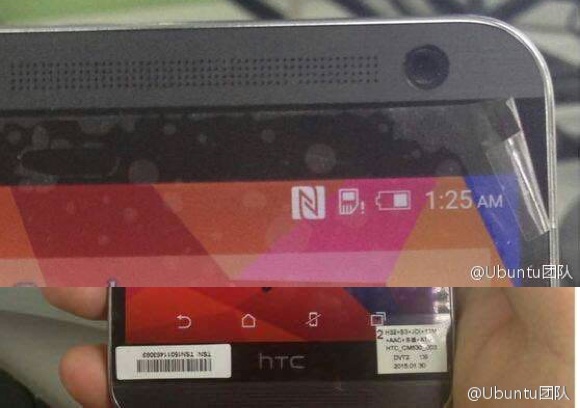 Sporting the model number A55, HTC E9 is bound to be a budget friendly version of the Taiwanese manufacturer’s flagship, HTC One M9. The unannounced device will succeed HTC One (E8), who fulfilled the same duties a year ago. The photos appear to reveal a plastic body with BoomSound speakers. The device’s camera has the same large circular cutout that we saw on HTC One M9 Plus.

Previously rumored specs of HTC E9 include MediaTek MT6795 chipset with an octa-core 2.0GHz Cortex-A53 processor, PowerVR G6200 GPU, and 3GB of RAM. A 5.5” QHD display, 20MP camera, and Android Lollipop are also expected on board. HTC E9 is tipped to carry a sub-$500 price tag.

HTC always announcing (leaking) phones and always take at least one quarter to make them available in market. Even OnePlusOne did better job at that. Where does all these years of experience in supply chain management go.... down the drain.