An alleged live photo of Sony Xperia C650X Odin has emerged, thus giving us a glimpse of the tech giant's upcoming Android powerhouse. The device has previously made an appearance in a leaked user agent profile. 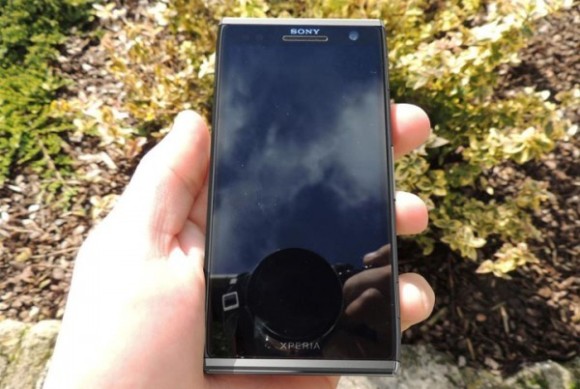 The purported photo of the device doesn’t reveal much, save for its large, almost frameless, rumored 5" 1080p display, tucked in what appears to be a metal-clad body. The rest of the handset's alleged specifications include quad-core Qualcomm Snapdragon S4 Pro chipset and 2GB of RAM.

Rumor has it that the Sony Xperia C650X Odin will likely break cover during CES 2013 in Las Vegas this coming January. Such on occurrence makes quite a bit of sense as we saw the Sony Xperia S and Xperia ion go official during the same industry event this year.

Well, that's quite an over statement. I happen to like Sony Xperia logo. Especially more than the Sony Ericsson one of previous years. It adds class.

Well this alarming trend of non removable battery is the only thing in these phones which I don't like. Rest eventhing is jst fine . Even if it doesn't have no sdcard slot . A 32 Gb version would still do .