Alleged images of the yet to be announced Oppo Find 9 made the rounds online. The previously leaked successor of Oppo Find 7 is expected to debut at some point in the near future. 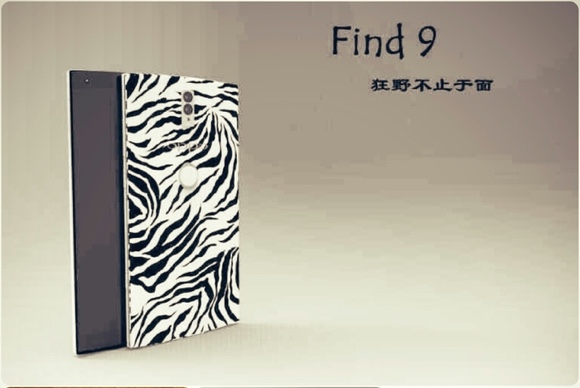 Overall, it appears that the upcoming Find 9 has mostly retained the design language of its predecessor. However, the newcomer has added dual camera unit and a fingerprint sensor to its specs.

There is no word on the functionality of the Oppo Find 9s fancy camera setup. The fingerprint sensor on the other hand, looks similar to the solution found in the Oppo N3.

Finally, the leaked images reveal that users will be able to spec the back of the smartphone in seriously gaudy colors. Thankfully, a black version will also be available.

Rumored specs of Oppo Find 9 include Qualcomm Snapdragon 810 chipset, 4GB of RAM, and 5.5 display. Android Lollipop will be the OS out of the box.

Oppo is seriously planning big with those dual cameras....dont make us wait oppo-waiting for find 9 To release

its cam is very poor.

I have an Oppo Find &a with Nameless 5.1.1 - Awesome Built quality.. Had an Oppo find 5 before but development has stopped.. Hopefully Oppo Find 9 will have the same or better quality..