Alleged specs of HTC’s next flagship smartphone made the rounds on Chinese social media. The high-end handset will likely debut in the first quarter of next year with the model number M9. 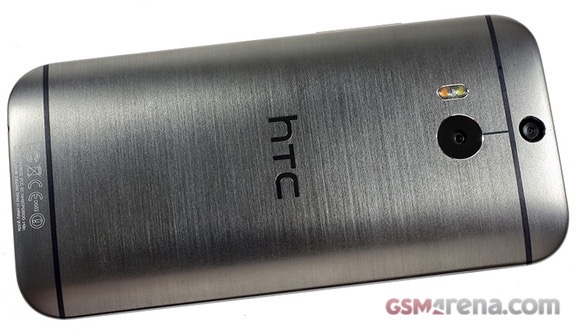 HTC One (M9) is tipped to pack Qualcomm Snapdragon 805 chipset and 3GB of RAM. The display of the device is a 5.5” QHD unit. A 16MP camera with optical image stabilization, 3,500mAh battery, and stereo speakers with Bose tech round up the leaked specs.

The specs you see above appear legitimate for a flagship smartphone, though we advise you to take a pinch of salt when you read through them. Quite frankly, we will be surprised if the Taiwanese manufacturer’s next flagship doesn’t ship with 64-bit Snapdragon 810 silicon.

A “Prime” version of the upcoming device is also mentioned in the rumor. However, there are no details about it beyond its name.

my concept of htc m9 is that it should have a 810 qualcomm snapdragon processor with 3gb ram and a front facing camera with ultrapixel and a 5.5 inch quad hd display andinternal 32 gb and expandable upto 128 gb

QHD is becoming the minimum spec for flagship phones and this become more evident in 2015. I have compared QHD to 1080 side by side and you can see the difference and it is how you interact with the phone so needs to be on the bleeding edge of inn...