Qualcomm and Apple are currently in a heated back and forth of legalities. Not long ago, Qualcomm sued Apple over unpaid patent loyalties that Apple allegedly refuses to pay for. The lawsuit in question even called for a temporary ban of all Apple products that use Qualcomm’s patents, mostly related to performance and battery efficiency in software and hardware.

In an interview with Fortune Qualcomm CEO Steve Mollenkopf outlines that the whole dispute boils down to a contract with terms that the other party refuses to meet, in this case, the terms are monetary (i.e. Qualcomm’s royalties for its patents). 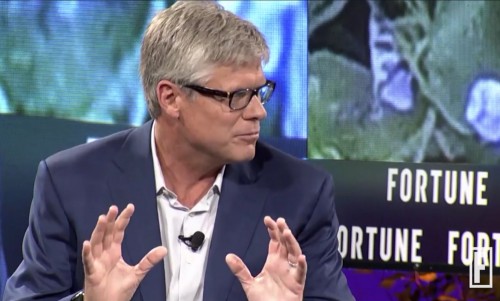 Mollenkopf says that he’s got nothing new to report regarding the battle and that the company has seen a similar conflict with another company in the 2000s where he continued to say:

This’ll be no different. Those things tend to get resolved out of court and there’s no reason why I wouldn’t expect that to be the case here… That’s really the way that it works.

Qualcomm is expecting that Apple won’t let the court case go too far, considering that there is a contract and the contract’s terms must be adhered to. Letting the lawsuit go too far would result in more lawyer and court expenses than if both companies decided to settle for. Qualcomm’s CEO appears confident that Apple will have no choice but to settle or pay up.

If you want to read up on the specific patents that Apple has allegedly not paid Qualcomm for, you can check out this post about the actual lawsuit.

I bet apple will find a sulotion to pay as less as possible, after all you poking a contra here :)