Qualcomm has just announced a quad-core edition of its Snapdragon 400 chip, which comes with full LTE support. The chipmaker says the new quad-core Snapdragon 400 is fully compatible with Android and Windows Phone 8, making it the first quad-core CPU available for the Microsoft mobile OS. 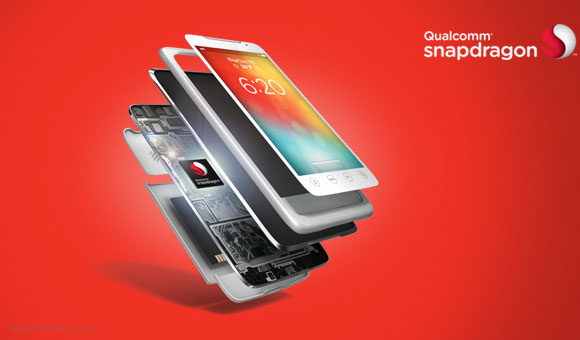 This would not only bring Windows Phone 8 back in the game in terms of the number of cores in the handsets it runs on, but also give it cool connectivity features. The chief among them is 802.11ac Wi-Fi, which is currently only to be found in the HTC One and Samsung Galaxy S4. The rest of the connectivity features include 42Mbps HSPA+, China's TD-SCDMA, Bluetooth, FM, and NFC.

The Snapdragon 400 itself is comprised of four Cortex-A7 CPU cores each clocked at 1.2GHz. This placed the chip in the company's lower mid-range spectrum of products and is targeted at emerging markets.

Speaking of availability, expect the chip to make its debut around the end of the year. Qualcomm will also showcase a reference design tablet that'll be powered by the Snapdragon 400 to demo its computing prowess.

@ pppeebird and @ TheApprintce or whatever. u ppl r talking abt the battery backup for note 2 then let me tell u something if I want I can drain the battery even in 14 to 15 hours if i play tdkr hd or asphalt hd non stop and at the same time if...