Qualcomm Snapdragon 810 found to run cooler than the 801

There have been questions raised recently about the TDP of the upcoming Snapdragon 810 chipset, which was apparently high enough to cause Samsung to allegedly drop it out of its upcoming Galaxy S6 smartphone. On the other hand, LG dismissed it as a non-issue. 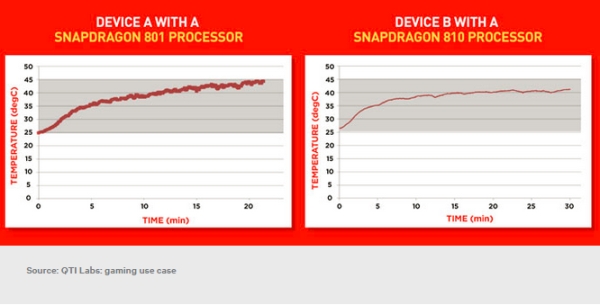 To put the confusion to rest, STJS Gadgets Portal ran some tests on both the new Snapdragon 810 and the Snapdragon 801 to see how the new chipset compares to what we are already familiar with by now.

The tests compared the skin temperatures, that is the temperature of the surface of the device (which is what matters since that's the part you will be touching) in a 25 degree Celsius room temperature environment. Two tests were ran on the devices, one with Asphalt 8 being played to check gaming performance, and the other where 4K video was recorded on the devices. 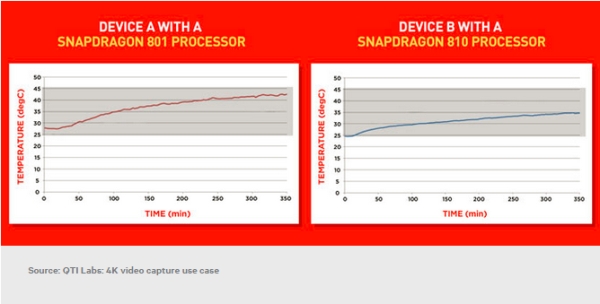 This test does show that the new generation Qualcomm chip is indeed cooler than the 801 in these specific tests on these particular devices in these ambient temperature situations. Of course, when you take into account other use cases, variations in device designs and variations in ambient temperatures, things could change considerably, so it's best to take these results with a pinch of salt.

i have used one plus one running snapdragon 801 and have used htc onem9 pre release phone as a developer which runs snapdragon 810.There is a difference in temperature oneplusone gets heated fast than htc one m9 so I agree with the above results as i...