Qualcomm unveiled its fourth generation 5G modems, including the world’s first modem to offer wireless speeds of up to 10 Gbps. That’s the X65, there’s also the more affordable X62 modem.

These are based on 3GPP Release 16, which is branded as “5G phase 2”. Interestingly, Qualcomm advertises the upgradable architecture of these modems, meaning software updates can enable new 5G features in the future (this is similar to the updatable GPU feature also from Qualcomm).

Тhe X65 offers peak download speeds up to 10 Gbps using an impressive 1,000 MHz bandwidth (this is with 10 carrier aggregation). The X62 meanwhile tops out at 4.6 Gbps and 400 MHz (it still supports both sub-6 and mmWave). 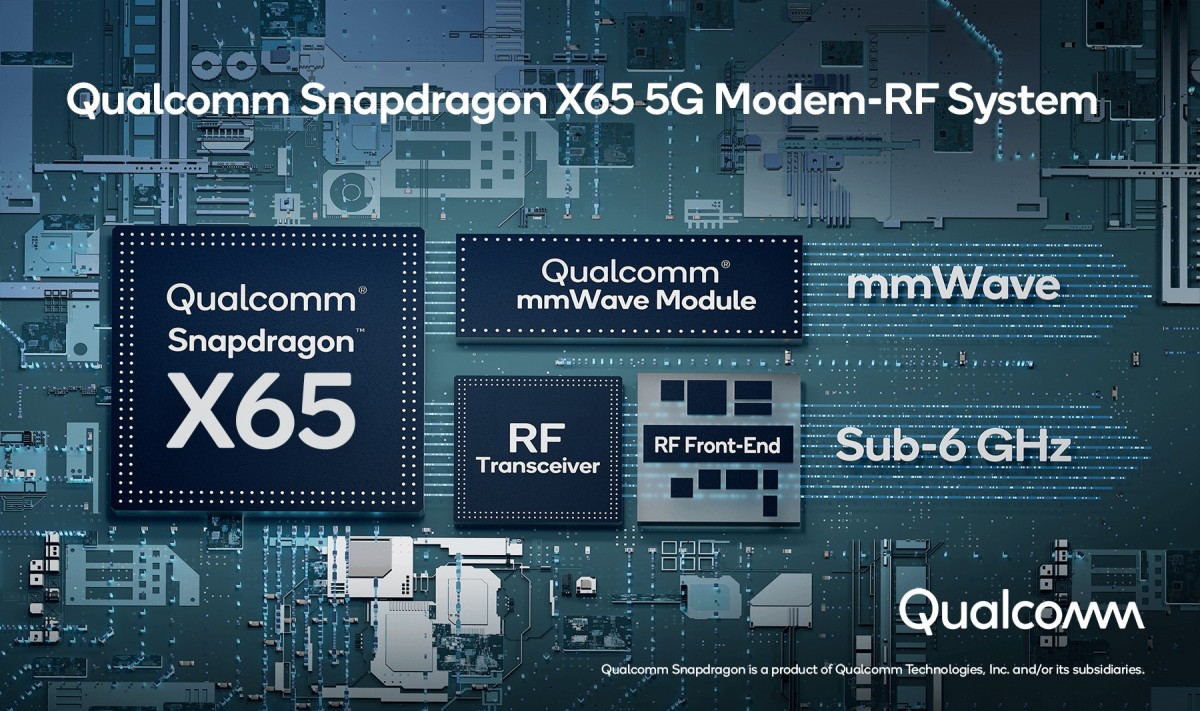 The X65 and X62 are designed to work with the new QTM545 mmWave antenna. It can transmit at a higher power than previous designs and supports all global mmWave frequencies, including the brand new n259 band (41 GHz).

To that end there’s also 5G PowerSave 2.0, which leverages Release 16 features like Connected-Mode Wake-Up Signal. Basically, this allows the modem to sleep for longer, waking up only when necessary. This reduces power usage by about 10%. Also, Smart Transmit 2.0 allows for higher upload speeds and improves coverage while keeping within RF emission regulations.

Qualcomm has sent out X65 and X62 samples to manufacturers. Expect the first devices with the new 5G modems to be out by late 2021. These will make their way to smartphones, of course, but they will also be used in fixed installations, Qualcomm calls this “fiber through the air”.

For more details on the company’s 5G plans, check out Episode 2 of “What’s Next in 5G”:

“We are reaching a significant milestone with the Snapdragon X65 5G Modem-RF System, unleashing connectivity up to 10 Gigabits per second and support for the latest 5G specifications that will play a critical role in enabling new 5G use cases not only for redefined premium smartphone experiences, but also opening a new realm of possibilities for 5G expansion across mobile broadband, compute, XR, industrial IoT, 5G private networks and fixed wireless access,” says CEO-elect Cristiano Amon.

I hope they make the modems slightly or significantly smaller with the SoC or even better, integrate the thing into the SoC itself, that way we can conserve space and power too? maybe? They should also really make the modems power efficient too.

That was my first thought. But then the thought of them discontinuing my favourite line of phones came flooding back.