The powerful pocket desktop from Raspberry Pi just got better while maintaining its attractive price tag. In fact, the new Raspberry Pi 4 is considerably more powerful than its predecessor with the same starting price. 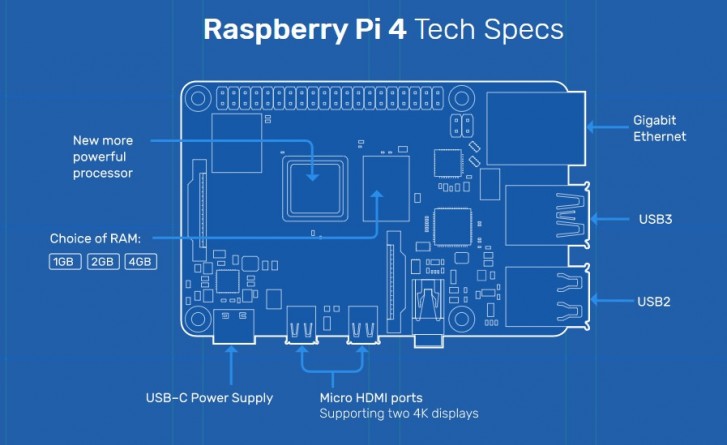 The biggest and most notable upgrade is the CPU. The new chipset features four Cortex-A72 cores clocked at 1.5GHz instead of Cortex-A53 ticking at 1.4GHz. This alone means about 3x better performance compared to the Raspberry Pi 3 Model B+. Memory has also seen a significant bump going from the LPDDR2 standard to LPDDR4.

The new VideoCore VI GPU can handle 4K/60fps HEVC video playback and can support dual-monitor setups at up to 4K resolution using the two micro HDM ports. Speaking of connectivity, the board now has two USB 3.0 in addition to the two USB 2.0 ports and is now charged over USB-C instead of microUSB. Bluetooth support is bumped up to version 5 from 4.2.

You dont know or forget the purpose of Pi..!! It is actually development board created for students to facilitate their budding ideas. You want it to compete gaming devices like Nvidia shield, you are mistaken on its original purpose. It has to be po...

Nice! You can definitely use & improve on your current projects or new.;)

it has wi fi ac