Razer launched its first gaming smartphone back in the beginning of November and we were there to witness the historical event. The next iteration of the Razer Phone is poised to arrive by the end of 2018, according to company VP Chen Xiaoping.

Speaking at the annual game conference China Joy 2018 in Shanghai, he said the new phone should be expected in China by December, revealing such a device is already in the pipelines. Chinese media suggest the phone might be the first with Snapdragon 855 since Qualcomm usually also announces its flagship chipset in early December. 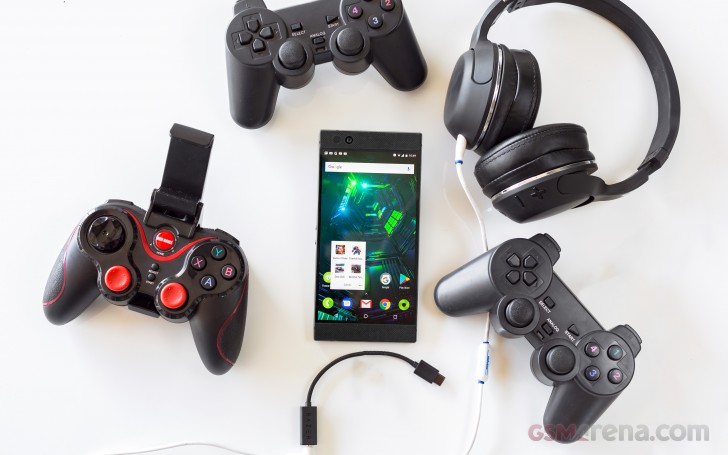 Chen Xiaoping was quoted to say the new phone will use the “latest chipset”, without clarifying which one. Back when the first Razer Phone was announced, it arrived with Snapdragon 835, 8 GB RAM and a top-tier 5.7” QHD IGZO LCD screen with 120 Hz refresh rate. The battery was 4,000 mAh with support for Quick Charge 4+ and the OS was Android Nougat, although Oreo arrived in Q1 2018.

Pricing of the Razer Phone was around $699 for the United States and €699 for Continental Europe and there was a limited edition with a fancy green Razer logo on the back. The new Razer Phone 2 will likely stay in the similar price range of competitors’ flagships - not as high as the Samsung Galaxy S9+ that goes for no less than $800, but not as low as OnePlus 6 that can be found for $529.

Nah, I don't have any proof I was just saying "could be" announced ya know? :)

I'm not into this crazy gaming thing, I just an ordinary person that play for fun and waste my time