Razer phone spotted in the wild

In case you missed it, Razer is allegedly planning to unveil its first smartphone on November 1. That does sound a little odd, since the gaming gear US company is not exactly known for its mobile hardware. Although, it does already have a Razer Edge Pro gaming tablet under its belt, which enjoyed questionable success at best.

Leaks regarding the alleged smartphone are still scarce, but it has already popped-up on GFXBench and now a rather obscure source claims to have a photo of the handset as well. We'll leave it up to you to judge on authenticity, but as the story goes, an unnamed insider, working in the gaming industry, acquired the still unannounced devices as a testing platform for games. 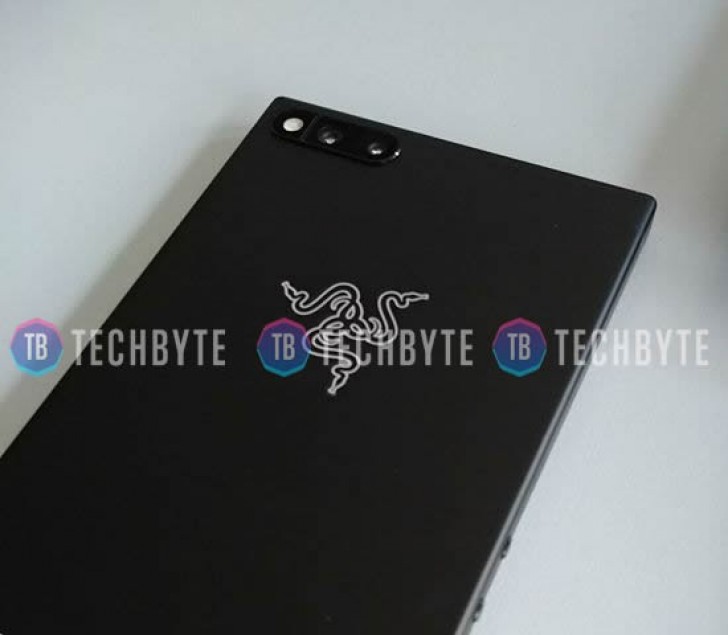 This does sound quite plausible, since we can only assume any Razer phone will have a gamer-angle to it. The alleged specs sheet certainly paints a capable flagship picture: 5.7-inch, 16:9 QHD display, Snapdragon 835, 8GB of RAM, 64GB of storage, a 12MP main camera and an 8MP selfie one, all running Android. Google's mobile OS has, indeed, become a pretty viable gaming platform over the past few years and there is still a lot of untapped potential to explore, as far as mobile gaming is concerned.

Plus, Razer has already signaled its interest in the Android gaming niche by acquiring the Ouya Android-based gaming console back in 2015. Another sadly misfortunate venture. Speaking of which, another company now under Razer's wing is Nextbit, which you might have heard of for the now discontinued Robin smartphone. Looking at the leaked shot, we can't help but recognise at least some design traits from the Robin.

That's about as much as we currently know on Razer's plans in the mobile realm, but we are interested to hear your opinion on the matter. Would you buy a well though-out Razer phone that offers tangible improvements to mobile gaming? And if so, what would those be?

Thanks for the tip Tom

I really, REALLY hope it ends up with something better than an SD835. Hopefully Tegra X2, but if not then at least the Maxwell Tegra X1 or an SD845. Those mobile nVidia GPUs are beasts,