Back when Razer launched the Razer Phone with its 120Hz 'UltraMotion' display, there were hardly any games that supported the higher refresh rate. Truth be told, there aren't even many Android games that hit 60fps on a good day, so 120fps was out of the question. 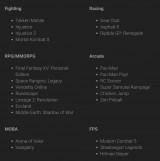 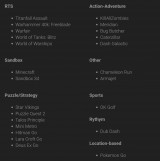 Since then, Razer has worked with some developers to release optimized versions of their games for the 120Hz display.

Unfortunately, I don't have a Razer Phone at hand to test these games but it's likely they won't exactly hit 120fps all the time to match the 120Hz refresh rate of the display. Interestingly though, some of these games, like Asphalt 8 for example, won't even hit 60fps on devices like the Pixel 2, so it's funny how they managed to get them "optimized" for 120Hz display. Whether this means that the game is running at a lower internal resolution to hit the target frame rate is unknown.

Thank you GSM Arena. I had for forgotten about Tekken Mobile.

The tegra x1 was made by Nvidia...