Razer announced a new wireless gaming headset for the PS4 and Xbox One, the Razer Thresher Ultimate. It will be available in two variants for each console and both versions will also work with the PC. 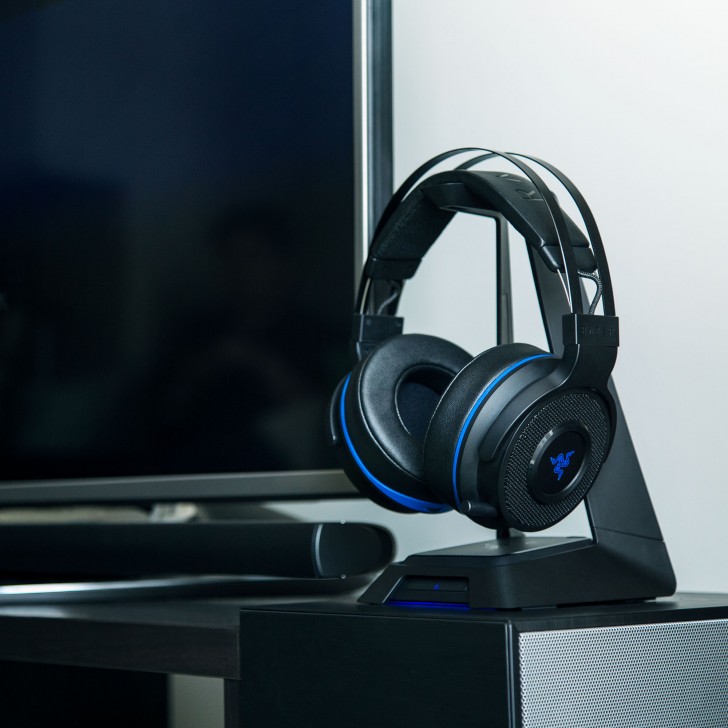 The Thresher Ultimate uses a base station that transmits at 2.4GHz to the wireless headset for a lag-free transmission and also an enormous 40ft/12m range. The base station connects to the console over an optical audio connection. The headset also includes a stand that sits around the base station and holds the headset when not in use.

Thresher Ultimate for Xbox One

The main focus with this headset is comfort. The ear cups have plush leatherette cushions that cover your ears completely for isolation. The cushions are also designed with foam indentations for temple relief for those who wear glasses.

Both versions are priced at $249.99/€279.99 and will be available on Razerzone.com this month and worldwide in July.

its to expensive, im gonna buy some jordans insted. if i would buy another razer headset it would be the mano´war

Nice one! I take audio pretty seriously, and generally own half a dozen mid tier headphones at any given moment (these I would class as Â‘entry levelÂ’). They have the focus in the right place - comfort.. And as anyone who has...