Rdio to shut down on December 22

Rdio has announced that it will be shutting down its service worldwide next week - December 22, at approximately 5PM PT. This comes nearly a month after Pandora agreed to acquire Rdio's technology and staff. 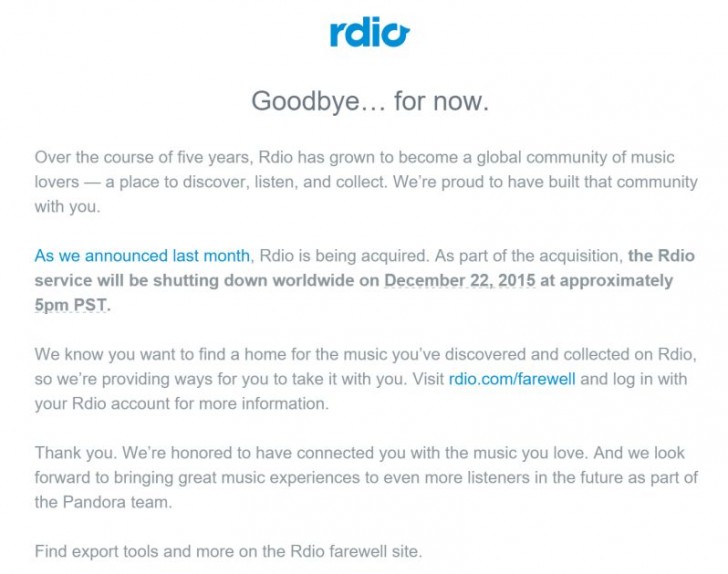 Rdio made the announcement in an email sent out to subscribers, where-in it also said that users can head to the service's special farewell site to download an archive of their collection. You can also use the site take a look back at your activity on the streaming music service.