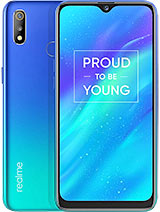 sensor problem no data from sensor

does the Realme 3 record 4K videos using the GCAM?

My best phone so far

I face problem for 1 month the update in realme 3 A.24 come but my mobile is not updated even I update for several time first come in 130 mbs but in next when not updated then 2.33 gb...
Plz tell me about these problems even my mobile of for this issue then I claim my phone from realme company but this issue is fixed...
The system is not updated...
Tell frndzz and realme how I do ....

Saduna, 03 Feb 2020Yes you are right, tried open camera and gcam mod from the below link. both worked for me... ... moreThere is a even better Gcam for Realme 3 now.
Google "Realme 3 Gcam" and open "XDA-developers" link. You'll find it in last page along with the settings.

Gcam records great videos but if you want to record in FHD, especially with Selfie Camera, I highly suggest using "HedgeCam 2" with the settings given below.

AndroidNerd, 02 Feb 2020Don't worry, it's easy to fix. It's probably due to low bitrate of videos. Download HedgeC... moreYes you are right, tried open camera and gcam mod from the below link. both worked for me...
https://f.celsoazevedo.com/file/cfil....MiVIII_V0.apk

AndroidNerd, 02 Feb 2020A Google search would have resolved your problem in 10s. For Gcam, you need to import Conf... moreFixed this issue with the help of gcam mod from XDA, anyway thank you bro

After the latest update when I turn on dark mode it automatically turn off after about 15 minutes,can I have help to solve this problem

Anonymous, 28 Jan 2020When i bought rm3, i checked the camera, at first it was fine, it's absolutely good actually. ... moreDon't worry, it's easy to fix. It's probably due to low bitrate of videos.

Tip:
- You can add/remove options from screen in "Indication" tab.
- Use Gcam for pictures, slow-motion and 720p@60fps videos.
- Use HedgeCam 2 for FHD videos.

Saduna, 30 Jan 2020I am facing the same issue since the days i purchased this device, unluckily i noticed this vi... moreA Google search would have resolved your problem in 10s.

For Gcam, you need to import Config/Settings before using it.
The Config also needs to be for that particular Gcam or some settings may not apply, but they're applied most of the times.

Anonymous, 28 Jan 2020When i bought rm3, i checked the camera, at first it was fine, it's absolutely good actually. ... moreI am facing the same issue since the days i purchased this device, unluckily i noticed this video issue after the return period of 10 days. I did resetting the device, flashing the complete firmware and many things, even the gcam did not solve this issue. i brought this device to the realme service centers and they could not solve this issue either. last option is to sell this device and never buy realme again

AndroidNerd, 29 Jan 2020The update is safe and stable. I've been testing it for over a week. Battery has either im... moreAs per my experience battery has been improved with this update..

Battery has either improved or is same.
Performance is same.
Dark Mode can be switched on/off via notification bar.

Azazel6464, 02 Jan 2020Hi there, could you please share these settings with some details as I would like to improve b... moreHi, it's a little difficult to type it all out because I went through all settings one by one and turned off everything that I know consumes battery. I don't use Airplane Mode.

I can suggest a quick fix, however.
- Download All in One Toolbox.
Turn off everything in its settings except "Auto Boost at Screen On" and Select SD card path to be Internal Storage.
You can also use its Boost and Boot Speedup features.

My friend's Samsung had extreme battery + lag issue and I was able to fix it with this app.

- Alternatively, if you can, you should download and enable Greenify's ADB privilege via PC.
It'll let you effectively hibernate battery consuming apps.

Anonymous, 14 Dec 2019No one is complaining. They were just advising that it's not wise to update phones because bra... moreWhen i bought rm3, i checked the camera, at first it was fine, it's absolutely good actually.
But when i updated my phone, my camera is not that good anymore specially in video, it's like blurry that when ur filming it, it feels like ur using beautification and i don't liked it.

Hi all,
i updated my phone 3 days ago and its working perfect, battery last more now and few features has been added with this update, Dark mode , gray color, was added into notification area, up to now i am satisfied with its performance. Great phone having good spec and performance as well.

Realme321GO, 22 Jan 2020Update Log Security ● Android security patch: January, 2020 System ● Added flash on ca... moreI also updated my phone last night, although i don't want to but it's update automatically and i also don't see any changes in my phone too. Anyone else update phone?

I AM NOT UPDATING

fyi to anyone who has sync issues, make sure you have at least 3gb free of internal phone storage or else google accounts and all google apps don't sync! had to figure this out by doing a whole lot of experimentation

Total of 763 user reviews and opinions for Realme 3.
ADVERTISEMENTS