The Realme 5 and 5 Pro are set to go official next week on August 20. Both smartphones will come with a quad camera setup, including ultrawide angle, super macro, and portrait modules.

The primary sensor on the Realme 5 was somewhat of an unknown, but the company has now confirmed that the Pro version will ship with a 48MP Sony IMX586 unit as the main sensor, making it the first quad camera smartphone in India to come with this Quad Bayer sensor. 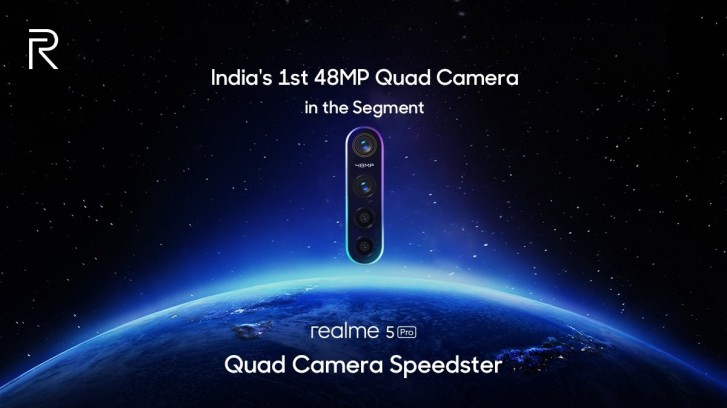 Details about the Realme 5 series are scarce at the moment but expect the company to reveal the features of this pair in days leading to the announcement next Tuesday.

In the meantime, you can head this way to check out our hands-on of Realme's 64MP quad camera, which was showcased last week.

Realme should follow oneplus or iphone as their launching period..

It feels betrayed as lining up phones like this, Bought Realme 3 pro and now it fs outdated...

I totally agree. It would be perfect timing, as it could be a nice present with a perceived amazing camera for the festival