Chinese phone maker Realme unveiled the 5 and 5 Pro back in August and later followed it up with the 5s that upgraded on the vanilla version's main camera. Now it seems the company will add a fourth member of the 5 lineup - dubbed Realme 5i. 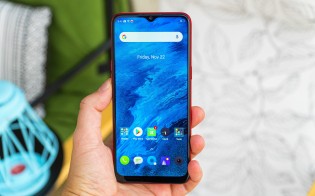 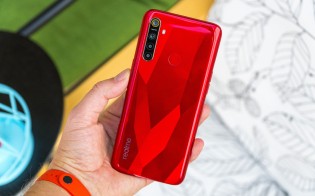 The Realme 5i, bearing model number RMX2030, has bagged certifications from Wi-Fi Alliance and Indonesia's TKDN. It also got certified by Thailand's NBTC and India's BIS, hinting at an imminent launch. 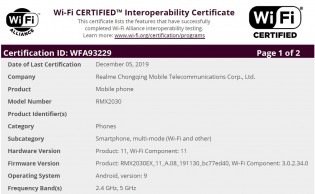 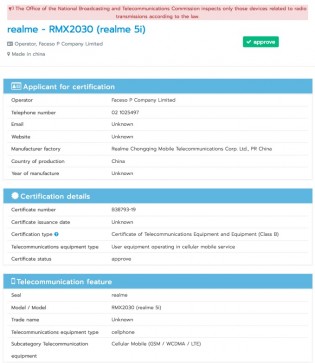 Details are scarce about the Realme 5i right now, but we may see it go official later this month alongside the XT 730G (aka X2) and Realme's truly wireless earphones in India.

Instead of launching so many phone realme 5 series phones they should concentrate on making realme 6 series phones.. that is my opinion...