Realme 5i hits India on January 15

Realme 5i arrived on Monday as a cheaper alternative of the Realme 5 with keeping the key specs like Snapdragon 665 and a huge 5,000 mAh battery. Today the phone was introduced in India as well in a pre-recorded launch where the local CEO Madhav Sheth unboxed the 5i. 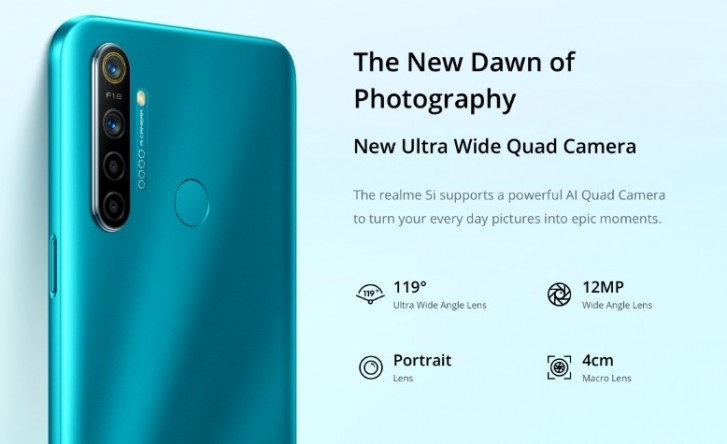 The Realme 5i mostly identical specs to the Realme 5, but you can easily differentiate them, because the new device has new colors and a different pattern at the back. The paint jobs are called Aqua Blue and Forest Green and both are available on the company website.

Realme also sells a 10,000 mAh power bank for INR1,299 which will be available in Classic Blue but will be sold only on Republic Day, which is January 26.