The Realme 5s is arriving on November 20 and it will be sold through Flipkart. The e-commerce giant has already revealed a few specs of the Realme 5s like a 48MP quad camera and a 5,000 mAh battery, аnd now it has updated the landing page of the device on its site to tell us more about the display.

The Realme 5s, which looks similar to the vanilla 5, will sport a 6.51" screen. It was expected to come with a 1080p resolution, but that won't be the case since it will retain the 720p resolution of the Realme 5. 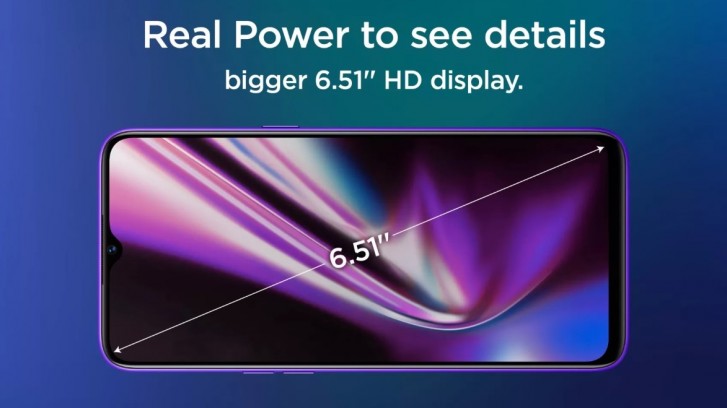 This will likely disappoint those who were expecting an upgrade to a Full HD display and at this point, we wonder what upgrades the Realme 5s will have over vanilla 5, other than the 48MP main camera.

That said, the image included on the landing page confirms the Realme 5s will arrive in Purple color along with Blue and Red.

There are five days until the announcement and hopefully we'll hear more about the device as time progresses.

I'm expecting it to have full HD display with fast charging with micro USB, even though if they're not providing Type C port...as 5k mAh approximately takes 3Â½ hours from 0-100 charge, which isn't fair considering what it's competitors ...