After the Realme 6 Pro was spotted on Geekbench yesterday, its non-Pro sibling - the Realme 6 also passed through the benchmark tool. The phone is seen sporting the RMX2001 model number revealing it packs the MediaTek Helio G90 SoC, 8GB RAM, and runs Android 10 which will likely come with the company’s Realme UI on top. 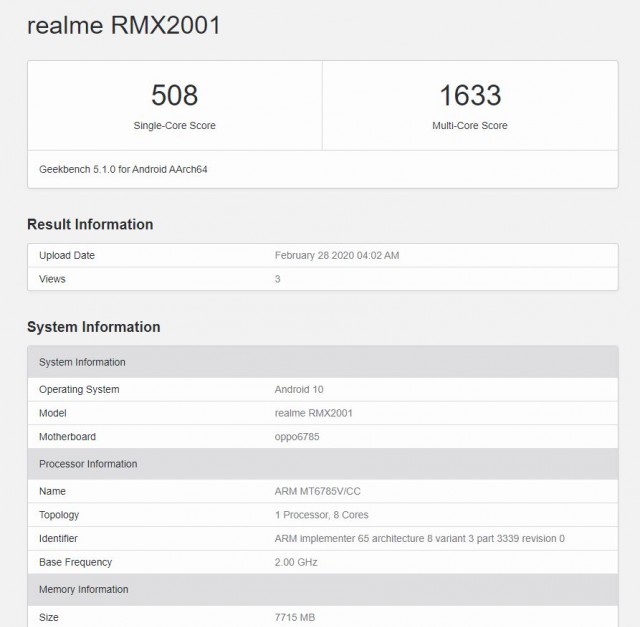 It managed 508 points in the single-core test and 1633 points in the multi-core department. These scores are fairly close to those of the 6 Pro as well as the Realme X2 which gives us an indication for the performance prowess.

The Realme 6 series is scheduled to go official on March 6 alongside the company’s first fitness band.

a guy called technical guru posted redmi k20 teardown and durability test. When i entered i heard music with Jerry rig everthing durability and teardown of one plus 7 pro. He disabled comments for it.

lol hahaha for real?? For views, they have started to do anything. I have watched 100s od realme x2 and poco x2 videos. still in dilemma to choose, cant trust them.