Realme's Series 7 smartphones is an oddball. Far from being a clear-cut upgrade to the Realme 6 series, Gen 7 offers a slightly different feature set than Gen 6 with the hope of enticing users who have a different set of priorities.

This is just another way of saying that the Realme 7 is basically the Realme 6 - with a bigger battery and an overclocked GPU.

Since we have the global Realme 7 in for review today, first, it's worth making the distinction to the Asian Realme 7 model. Thankfully, it's a single one - the primary camera has a 48MP sensor on the Global and a 64MP sensor on the Asian model. The Realme 6 had a 64MP primary snapper, and it's a bit of a letdown to see that downgraded on the worldwide version of the "new" Realme 7.

The other cameras are the same as on the Realme 6 - the 8MP ultrawide, the 2MP macro, the 2MP depth, and even the 16MP selfie shooter. 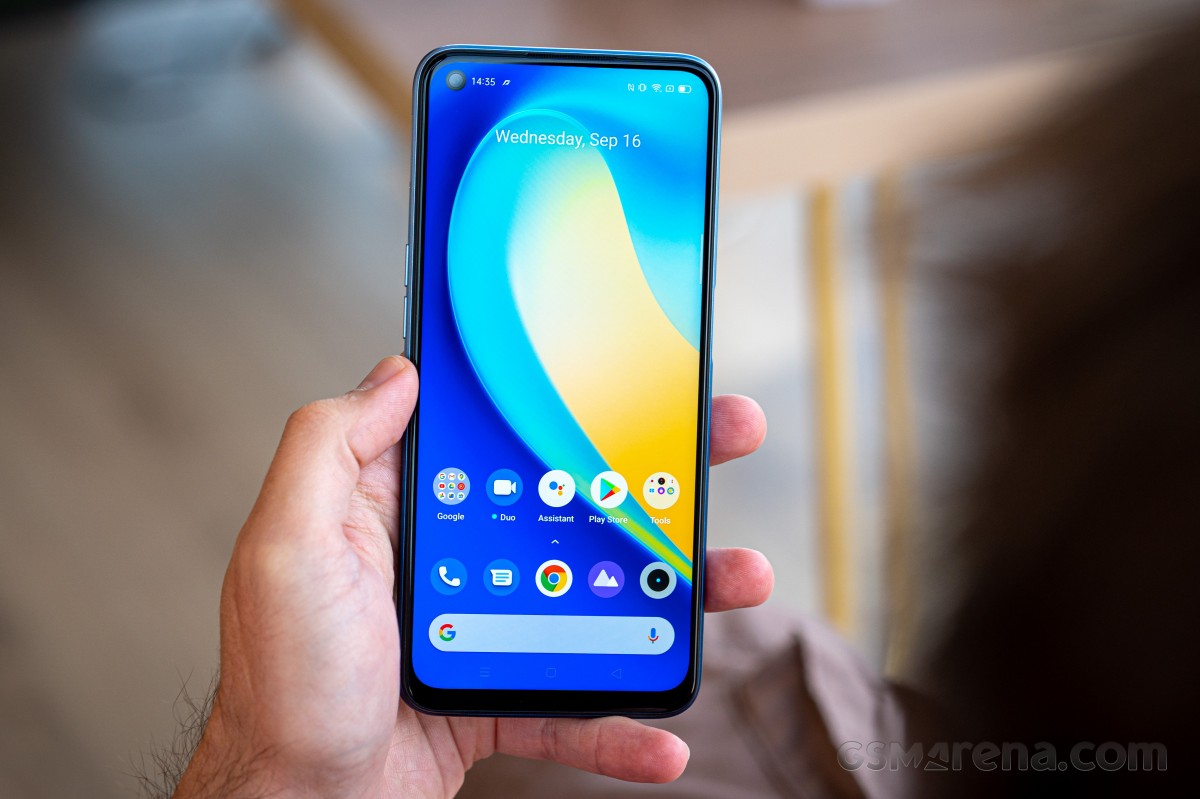 We're happy to see the Realme 7 still has a 90Hz screen refresh rate like the Realme 6 - a feature which is now absent on the 7 Pro in favor of switching to an OLED panel. 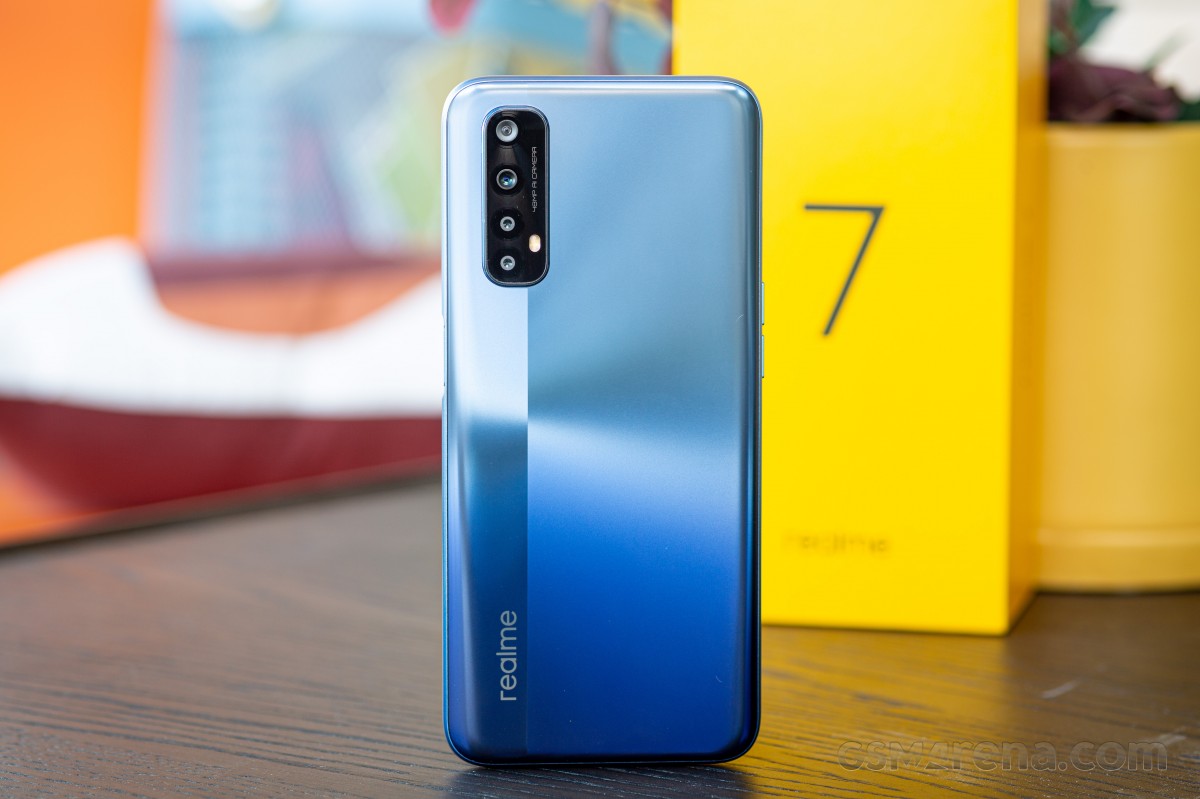 The only significant update the Realme 7 got over the Realme 6 is the larger 5,000 mAh battery - up from the 4,300mAh. It supports 30W Dart Charging - an excellent feature for this budget class, but it was available since the Realme 6.

And without further ado, here is the complete specs sheet of the new phone.

The Realme 7, unlike the 7 Pro, has no water-repellent coating - meaning it is not splash/rain resistant. It also omits stereo speakers, if you were wondering. But it does come with many fan-favorite features such as a 3.5mm jack, a standalone microSD slot, and NFC (oddly missing on the 7 Pro).

And now it's time to unbox this global version of the Realme 7 and see what's included in the retail bundle.

The yellow box that contains the Realme 7 also brings a 30W Dart Charger and a compatible 6A-rated USB-C cable. 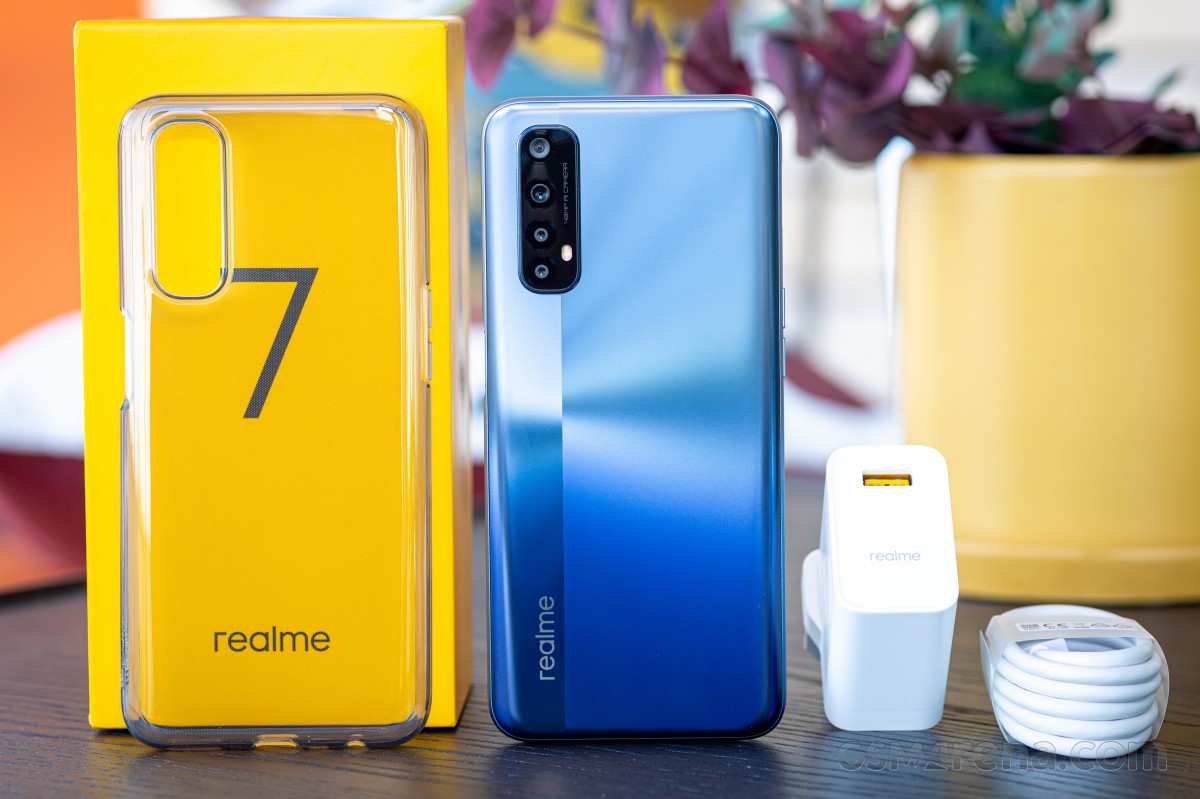 Inside the box, you will also find a transparent silicone case and the SIM ejection tool.

Should I buy realme 7 or realme 8 suggest please,

My realme 7 both the camera are not being open...what should I do

Yes same issue here. Autofocus not working . Can't focus when moving from one to another subject. Also brightness reduced during shooting videos after 15 sec