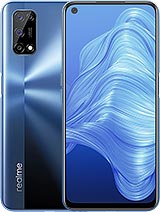 does someone know about when is the realme ui 2.0 early access for this device? I yet to see people talk about this model. Since this is released few months ago, it should get the early access along with the pro and other 7 series.. I am going to be sad if realme ignores this model :(

Been using the phone for a few days, overall a good quality and great performance based on the price.

However, there are some issues regarding the phone. The one I noticed is touch delay when gaming. I played a lot of rhythm games on my old Mi A1 without any touch issues. With this phone, the touch response is abysmal. Most taps on the song note delays with the touch and sometimes fails to register. Moreover, the audio itself is out of sync with the song notes when playing.

I've already updated the phone to the latest firmware and increase the pointer speed for faster touch response, but still the problem persists. Guess I have to wait for the next firmware update by Realme.

The phone didn't came with the Hebrew language, can anyone advise, if he has Hebrew in his rom, for example the eu veriant ?

I have used this phone for a few days and I am impressed. This is coming from a guy that was using Snapdragon 845 and 855 before. Impressed with the performance, screen, and the price it came with

I would have bought this problem, not at the Asian vendor. They are not available as if they were trying to sell cellphones. It depends on the seller what to sell.

Anonymous, 09 Feb 2021this phone without NFC 60$ LESS https://m.gsmarena.com/compare.php3?idPhone1=10590&idP... moreThat is only chinese version
And don't have google

We european can't use chinese version of phones

YUKI93, 13 Jan 2021I am definitely aware that there are many smartphones out there powered by Mediatek's Dim... moreI wanna ask , will this phone get android 11 update? because I am currently using this phone and I have seen the list of realme phones getting the update but I couldn't find this model in the website.. TT

this phone without NFC
60$ LESS

Jam, 07 Feb 2021it ranges up to 14K - 15K, I already have one and it works perfectly fine. Thanks mate. I wonder why the person i spoke from Realme Shop is not aware that it is already out in ph.

Anonymous, 06 Feb 2021Performance wise, it's a little better than Poco X3. Probably comparable to Mi 10T Lite... moreHave you all phones you comment in gsmarena or only share of your videos watched?

Anonymous, 05 Feb 2021is this already available in philippines? how much is the is price for Philippine peso?it ranges up to 14K - 15K, I already have one and it works perfectly fine.

Camera wise, it's better than Poco X3 in low light - especially for videos, but a little behind in day light.

Recording wise, Gsmarena says it records audio in 320Kbps stereo while video recording. Which is probably best in this price, unless its mic is bad.
Poco X3 only records in 96Kbps stereo, like most phones in this price.

is this already available in philippines? how much is the is price for Philippine peso?

Should I wait for Motorola edge S or this one? I want the audio jack and sd card slot. Is audio and audio recording quality good?

YUKI93, 13 Jan 2021I am definitely aware that there are many smartphones out there powered by Mediatek's Dim... moreThere already launched Realme X7 Pro, and OPPO Reno 5 with Dimensity 1000+ at Malaysia.
However, the with comparison with SD865 such as Xiaomi Mi10T Pro, Mediatek Dimensity 1000+ chip tend to be quickly overheat when running the same high demanding game.
The main advantage over Xiaomi Mi10T Pro is of course the AMOLED screen.

ThatsMe, 30 Dec 2020Realme phones get 2 major updates so u will get android 11 n 12That's only for X and pro models I believe? If not. I will be very happy as well.

Total of 160 user reviews and opinions for Realme 7 5G.
ADVERTISEMENTS