Realme announced the Realme 7 and Realme 7 Pro in last week. The vanilla 7 only went on its first sale today and is now getting its first software update.

The new firmware, sporting version number RMX2151_11_A.43, bumps up the Android security patch level on the Realme 7 to August 5, 2020 and brings in the 64MP Professional Mode that's present on the Pro version out of the box. 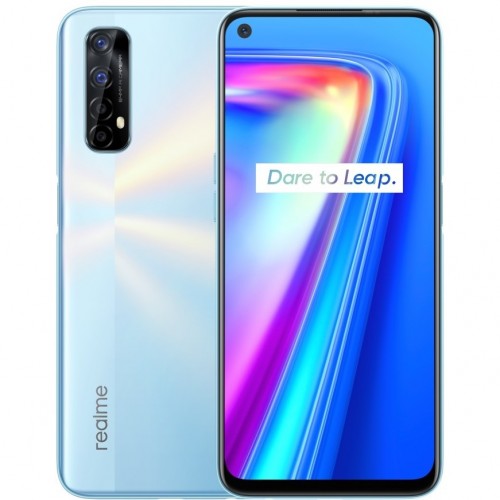 The new build also brings a few other camera optimizations and adds a decimal point display for fast charging animation.

In addition to that, the Realme 7 gets Amazon Alexa support with optimized fingerprint unlock speed. You can check out the screenshots below for more details. 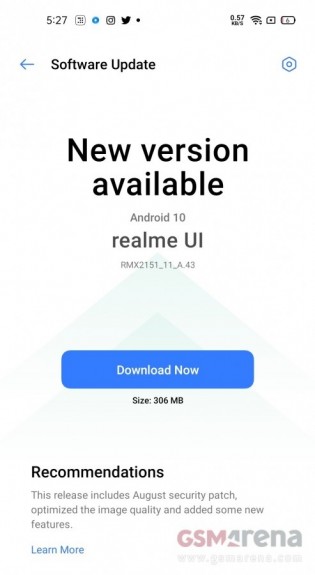 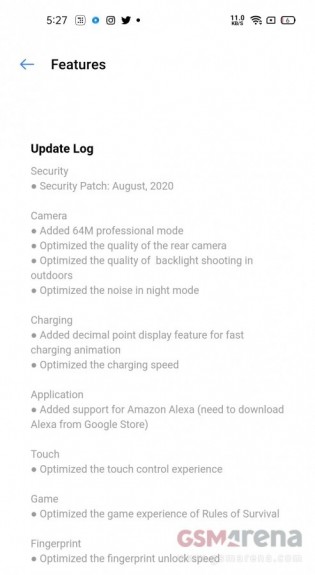 The new software update weighs 306MB in size and is rolling out over the air in India. Most early adopters who purchased the Realme 7 today will likely receive it the moment they take the phone out of the box.

You can read our Realme 7 hands-on review to learn more about it.

@Frewinia - Samsung M51 is in different league than Realme 7 & it shows in price. Camera of Samsung M51 is as of now Best Implementation of IMX 682 , rivalling IMX 686 of POCO X2 in details , more sharper than X2 will lesser noise , it ki...

question guys. i want to buy a new phone.. thinking of a realme 7 pro or samsung m51. not a gamer. just normal user. what to buy. camera should be oke. and i need good battery life and fast charging. i would have bought a m51 for su...