In a leaked certification document, the Realme 7 Pro makes the first appearance. The document reveals that the device will sport a 4,500 mAh battery supporting Realme's 65W SuperDart charging. And if we go by the pricing of the previous generation Realme's, this might be the fastest charging on a sub-INR 20,000 (~$270) phone. 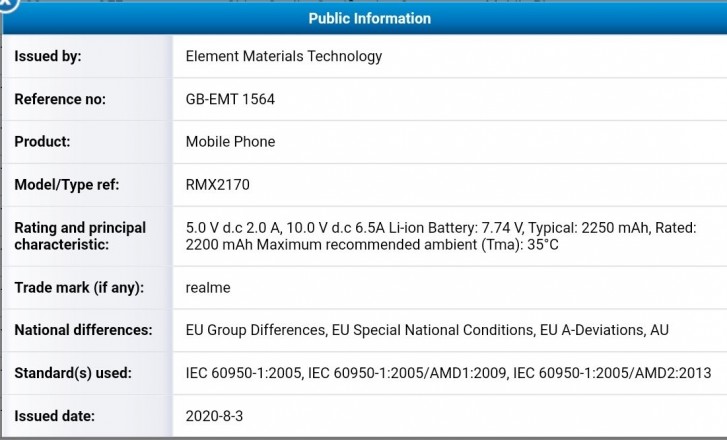 However, earlier this month, the same screenshot was thrown around and tipsters thought that the model number RMX2170 belongs to the Realme X3 Pro but it might be the Realme 7 Pro. No one really knows.

What's for sure, however, is that the Realme 7 Pro, 7i and C17 are all LTE only smartphones and won't be having 5G-enabled chipsets. Which in turn might mean that the RMX2170 model number really does correspond to the Realme 7 Pro as the Realme X3 Pro is expected to be 5G-capable. 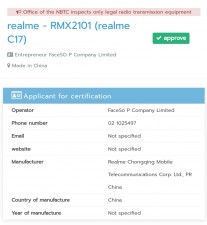 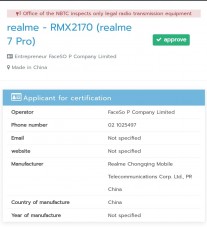 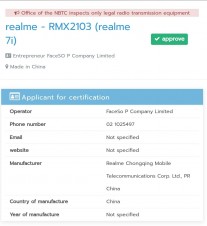 The must give IPS LCD version because amoled could have screen burn in.