Realme introduced the Realme 7 and Realme 7 Pro last September, and the company is now set to follow up with their successors Realme 8 and 8 Pro on March 24.

Realme sent us a special media invite package for the Realme 8 lineup's announcement, which tells us that the March 24 event will mark the global debut of the Realme 8 smartphones, and it will be streamed live in India starting at 7:30PM IST.

In the UK, the event will begin at 2PM GMT and at 3PM CET in France, Germany, Italy, and Spain. 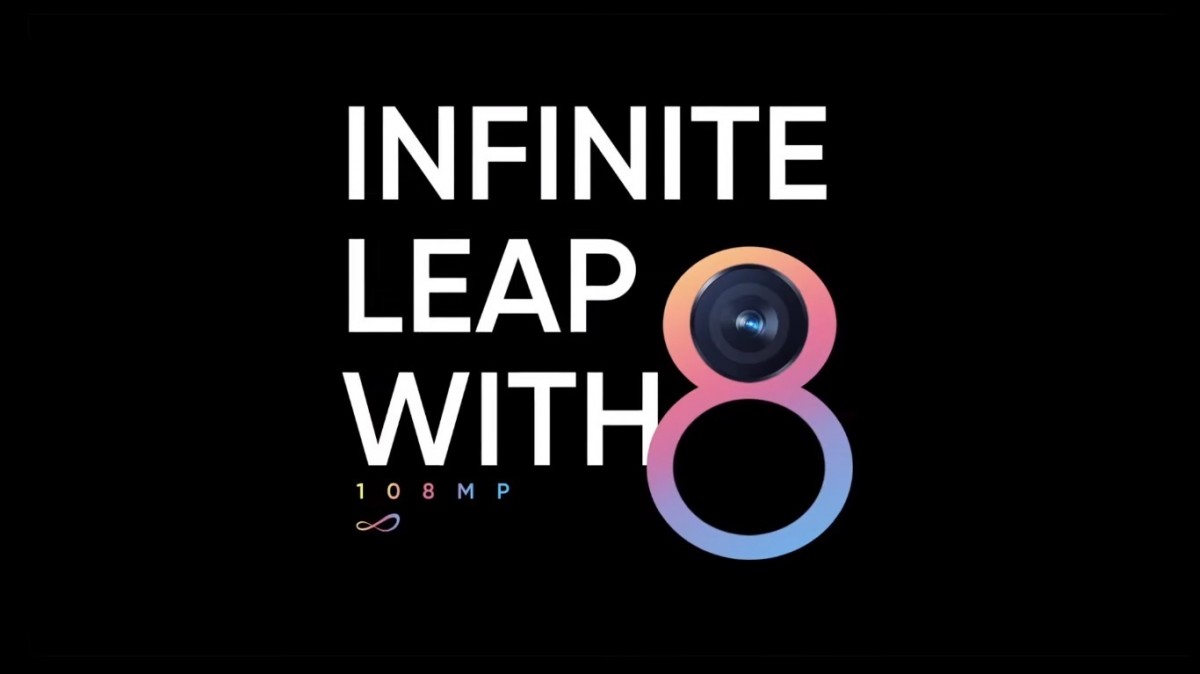 The package also comes with an actual 108MP Infinity Camera, which was detailed earlier this month and will be the headline feature of the Realme 8 Pro. You can learn more about it here. The vanilla 8, on the other hand, will pack a 64MP unit.

You can also see a yellow-ish-colored shimmery back panel with the big "Dare To Leap" text on it. The panel's called "Pretty Special Back Cover", and while we don't know for sure if that will be its actual marketing name, we can tell you that it looks nice in person. 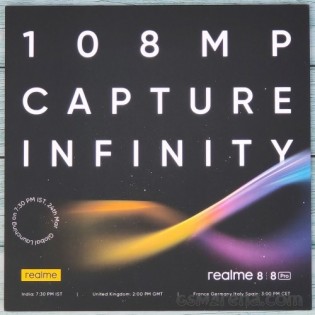 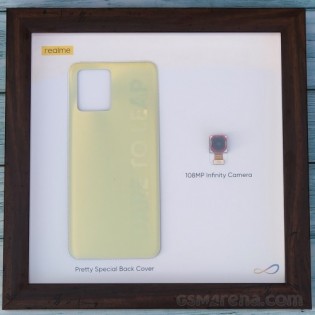 Realme 8 series is coming on March 24 with 108MP camera

It's currently unclear how many color options the Realme 8 and 8 Pro will have, but we can confirm the Pro variant will be available in this shimmery back. Realme told us this special cover glows in the dark and the invite package also includes a card that says "Something different in dark", which could be a reference to this panel. However, the one we received didn't glow, so we'll have to wait for more information to know how exactly this works.

The invite also comes with a black-colored ball called "Magic 8" with the number '8' written on it as a reference to Realme's 8 series. It has a small screen at the bottom that displays different text when you shake it. 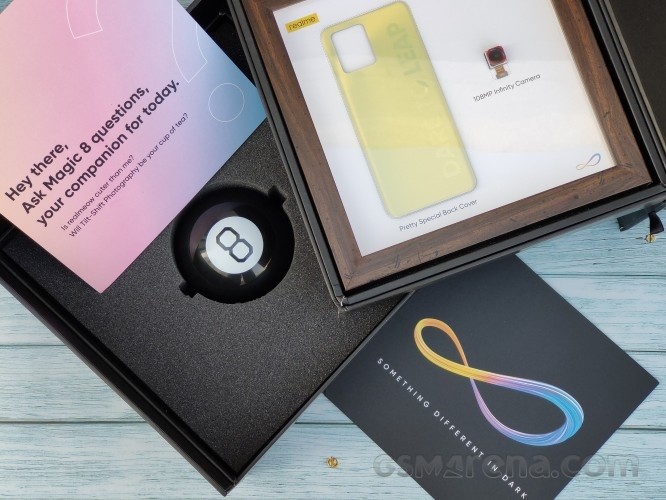 The media invite doesn't detail the Realme 8 and 8 Pro's specs, although previous teasers revealed both the regular and Pro models will feature quad rear cameras. Realme's Madhav Sheth even shared an image on Twitter earlier this month revealing the Realme 8's design and specs, which include a Helio G95 SoC, 6.4" AMOLED screen, 5,000 mAh battery, and 30W charging. 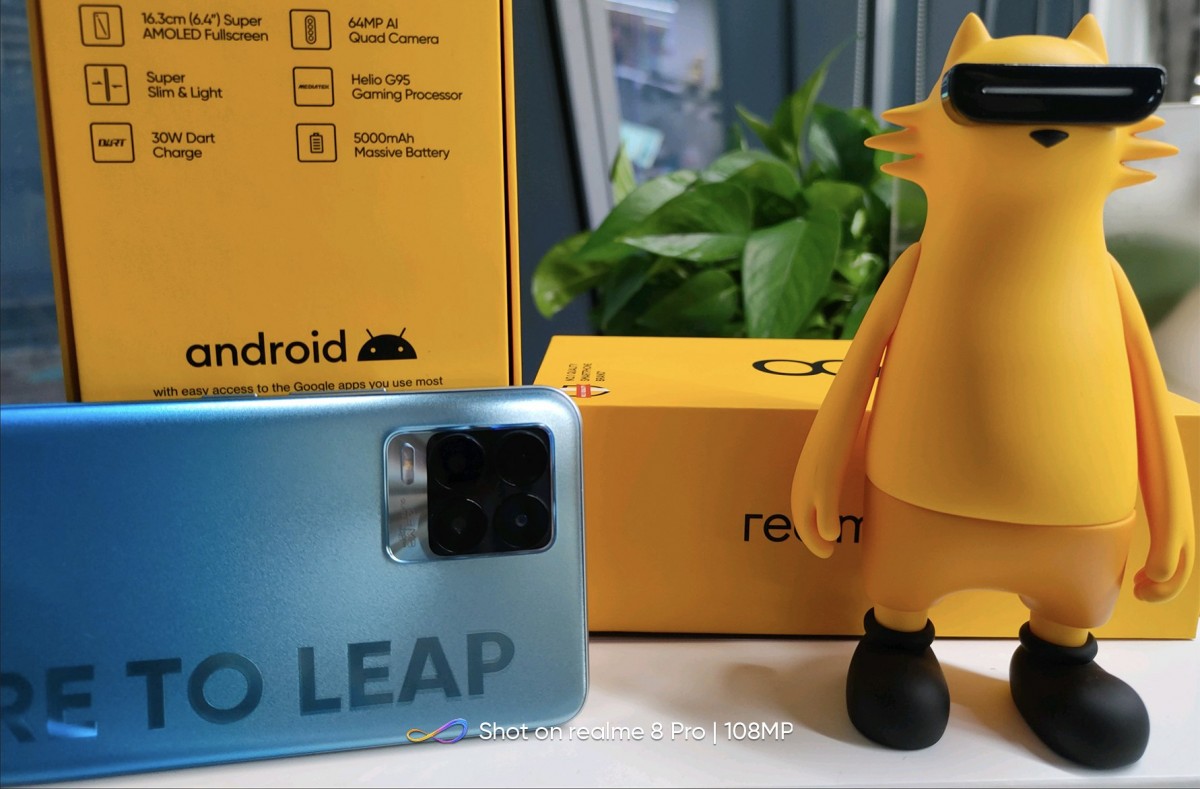 With the launch event just nine days away, you can expect Realme to confirm a few more features of the Realme 8 lineup in the days leading to the official unveiling.

Can use wireless charging?