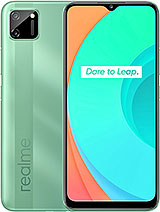 Legion, 18 May 2021This is a waste phone,when using this phone there is so many problems like lag,not smoouth W... moreBruh
Galaxy A10 is so outdated man...

Well,what can I say cheap phone cheap performance.
New games are working well on 3gb version,but older games like twd S1 and S2 have this problem with the sound,frames are skipping and yet there is no solving these problems only good things is that the signal is good and the batery otherwise my Xiaomi note 6 pro 3gb is hundred times faster and despite being with adreno GPU runs the games smoother than this phone

Well, it's not good. 2 gigs of ram is not enough. It's all laggy if I turn of WiFi and after that turn it on again phone has to think for several minutes so I can use it again. So if you really want to have a phone try Realme C3, I use it now and wow! This older guy is way faster.

This is a waste phone,when using this phone there is so many problems like lag,not smoouth
When we compare this phone with samsung A10 it is a good phone A10 has better performance than realms c11

Anonymous, 21 Mar 2021My phone too...when in sunlight the screen turns to whitish and lighter when im in dark the sc... moreMe too, bru I didn't know why. Also , when I'm creating new folder in android/ data and the conclusion is not working sheytt. I want to play CLONE HERO but the android/data are so irritating me.

Im playing free fire in ultra on this device and it's amazing!!! Cheap but definitely worth buying. I uninstalled most bloat wares through adb and some of gapps that I don't use. So I guess it made it perform fast and efficient.

Anonymous, 29 Apr 2021The only problem is the keyboard/keypad , sometimes it shows up but sometimes it didn't s... moreSame here.the most problem is screen recorder didnt work

C11 user, 02 Feb 2021 DONT buy this phone. It has a critical bug that causes blackscreen when making and receiving ... moreWhenever someone call me called show in phone too late don't know why many time I missed the important calls just because of c11 phone & if I pick calls very soon than voice will not came . from starting of after 10 days I see problem after as return policy over problem I see don't know now wtt to do very bad experience have.

I have Realme C11 as a second phone to my Redmi Note 7. Honestly, I must say this phone is not good as a primary phone for teens or techy ones because of the processor, RAM, and storage. Maybe good phone for old people but not on younger generation.

But I must say this - my family's phones are all no signal when we're inside the house (because we live in an area full of trees) but Realme C11 has 4 bars LTE and still fast internet.

Anonymous, 27 Feb 2021Hey while I'm using my phone it become white screen,and it can back again ,butnits chargi... moreMy phone too...when in sunlight the screen turns to whitish and lighter when im in dark the screen go back to its color.....

I hope realme devices specially realme c11 can have the feature to transfer or install apps directly to sd card. I am having a hard time dealing with my full phone storage, i hope realme can have this feature on the next phone update.

Hey while I'm using my phone it become white screen,and it can back again ,butnits charging,I try to call ,but it's working,why is it can't open the screen

Jasonica, 12 Feb 2021I got mine just last month. It's the 2gb ram, which is a bummer, but I got it for free so... moreIt's literally a phone with G35 processor so don't expect that you can play on maximum graphics on games

I got mine just last month. It's the 2gb ram, which is a bummer, but I got it for free so I'm still thankful. Resolution is good and camera is better than my previous phone. Gaming is a bit frustrating. I play Marvel Future Fight and in some game modes, I have to adjust to lower settings so that it won't hang or lag. For Mobile Legends, no problems so far and battery life is ok with me.

Total of 263 user reviews and opinions for Realme C11.
ADVERTISEMENTS