Realme is a relatively new smartphone brand, but thanks to its aggressive pricing and nicely quickly expanding portfolio it's quickly gaining ground. Today the company announced it pushed over 1 million units of the Realme C2, and to celebrate the accomplishment, it is launching an open sale with 2-year extended warranty. 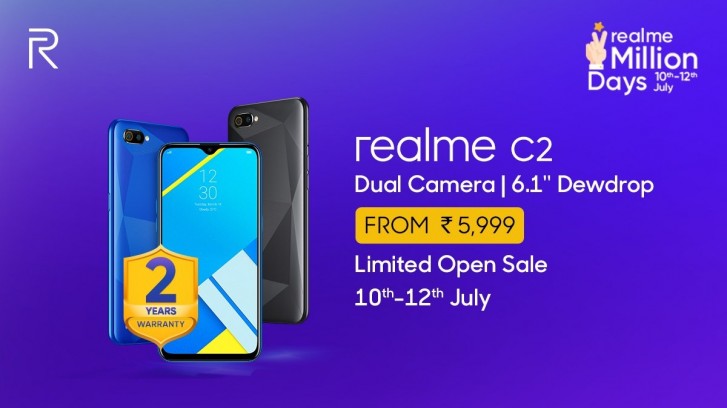 The phone was recently called the #DeshKaRealChoice, or People’s Real Choice in an attempted flame war on Twitter between Realme India’s CEO Madhav Sheth and Redmi, Xiaomi’s affordable brand. The executive mocked the newly launched Redmi 7A, highlighting some features of the Realme C2 that overshadow Redmi’s entry-level phone.

Realme C2 is priced at INR5,999 (about $85/€76) and was launched in April, meaning it managed to surpass the one-million mark in just three months. The device packs a Helio P22 chipset and up to 3GB/32 GB memory. It also has dual cameras on the back and ColorOS 6 Lite user interface. 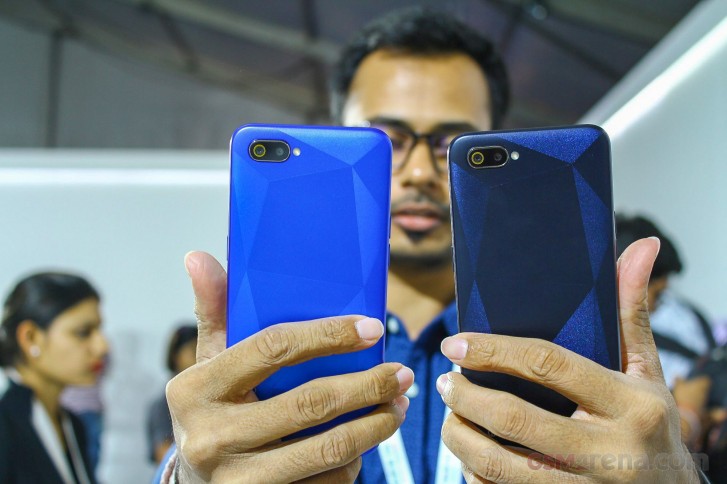 The sale is part of Realme Million Days and goes from today until Friday, July 12. The Realme C2 can be purchased from Flipkart or at Realme’s official website.

Instead of being distributed through a flash sale where it sells in first-come-first-serve order, everyone will be able to purchase the phone.