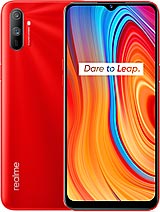 Not known, 11 Aug 2021stable update released in indiaUpdate not came to me

Faisal khan, 24 Jun 2021C3 is soon to be updating to android 11stable update released in india

I've been using realme since 2020, all the performance I've experienced with it, gives me the ability to play games smoothly with only 2 in 10 minutes frame drops.. but if u're using wifi 5ghz i suggest u to buy other phone cause realme c3 only supports 2.4ghz and below.. that's my problem now :/

pandUHD, 19 Jun 2021Really?, I've been using it for over a year, no problems, just bugs, but it was fixed rig... moredoes sakura school simulator have on this phone?

Thank you realme for producing such a wonderful phonem used it for 1 year 6 months now. and battery is still like new. i used it to its max haha. broke the screen twice. good camera, sound, Bluetooth works perfectly fine. so does hotspot etc. no auto shutdown, send and receive sms as normal, whatsapp working fine as well.

only drawback? low storage. Thank you.

C3 is soon to be updating to android 11

Ifiwerearichman, 04 May 2021I do not recommend realme phone because their screen quality is so bad after couple months of ... moreReally?, I've been using it for over a year, no problems, just bugs, but it was fixed right away with a software update. btw my realme c3 version 3 cameras

The biggest downside of this phone for me is that I can't move apps to SD. I download games and it eats up chunk amount of storage hence I always get internal storage problems. I hope they update and fix it. I tried rooting my phone just to move apps to sd card but I still couldn't find ways. Anothe thing are the notifications are not sync realtime. Idk if it's just me or if it's bcs of my settings but like if I open messenger, just by then the messages would start synching. The front camera too are so zoomed in especially if you use third party apps like for example; instagram. Bcs of the big screen of this phone, the pictures size don't fit hence it gets zoomed in.

So great value for money device . Me use this 17 months .

MxC, 15 May 2021I've been using The Realme C3 Phone for about or almost a year now and my experience were... moreHow much is the ROM out of the box?

I've been using The Realme C3 Phone for about or almost a year now and my experience were great!. Aside for the "minor" issues that I'm having, like occasional freezes when prolong gaming session. And low Storage, limiting it's Helio G70 potential.. Other than that it's great. It's screen are nice and vivid and I don't see any problem with it. I would recommend something else if you're looking to buy this Phones though. Something like Xiaomi Redmi 9 that have more Memory and Storage, since that the only issues that you'll be getting with this Phone. "AND" it it's slightly better overall. Overall it's a great Phone and the only drawback being the Storage (I would still recommend Xiaomi Offering though)

I do not recommend realme phone because their screen quality is so bad after couple months of use you will see tons of dead pixel. I used C11 and C3 both have same issue

So value for money phone

Total of 308 user reviews and opinions for Realme C3.
ADVERTISEMENTS