The Realme GT 5G is coming on March 4, which the company today confirmed will pack a Snapdragon 888 SoC, LPDDR5 RAM, and UFS 3.1 storage. 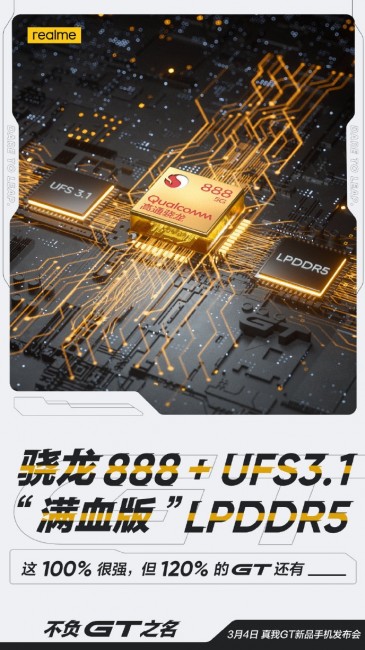 While Realme hasn't detailed the GT 5G's specs, its VP Mr. Xu Qi Chase posted a screenshot of the phone's AnTuTu results on Weibo with a score of 770,221, which is about 35,000 more than what Qualcomm's reference device with Snapdragon 888 achieved.

However, soon after Mr. Chase shared the benchmark results, AnTuTu posted a screenshot showing the Realme GT 5G scored 688,602 points in its tests, which is in line with what the Snapdragon 888-powered Xiaomi Mi 11 achieved in our tests.

AnTuTu said that's the only score they found in their system and contacted Realme seeking clarity on the issue. In response, Realme said the GT 5G unit with a sub-700k AnTuTu score may be an early R&D device and they ran several AnTuTu tests on the phone, all achieving results of over 700,000 points.

Last December, we exclusively reported that Realme GT 5G will come with Android 11, 12GB RAM, and 256GB storage. That bit is corroborated by the screenshot AnTuTu shared today, which also revealed the smartphone will pack a 120Hz display. 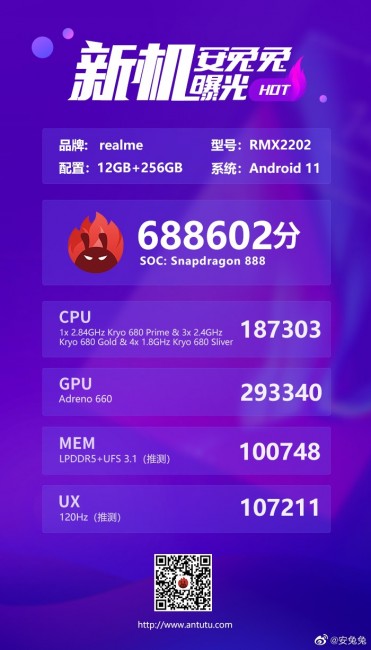 The Realme GT 5G is rumored to come in glass back and leather versions, which leaked images revealed will have different designs. The glass back variant will sport a circular camera module on its rear panel, while the leather model will feature a rectangular camera island. 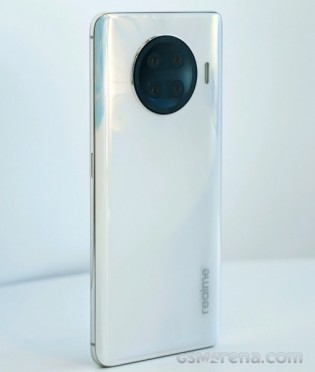 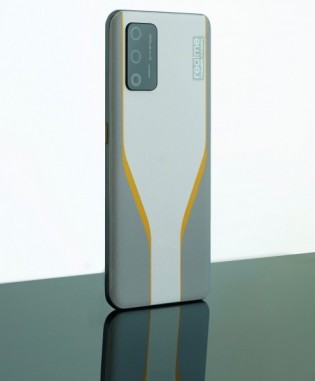 With the official unveiling of Realme GT 5G about two weeks away, you can expect to hear more about the flagship in the coming days.

You shouldn't complain, there are many option to choose a phone but this phone is design for gaming and performance. So the camera is going to be a bit junky...

What can you hope on an 8 MP Ultrawide and 64 MP small pixels camera without OIS? Even gcam won't help you

Only in daylight yes and only on main camera because it has better sensor. At lowlight, it has worse nighttime photos and videos because of the lack of OIS. Ultrawide is only at 8 MP, which is half at Oneplus 7T 16 MP, so it loses. And also the telep...