Bonjour, Ciao and Hello – the Realme GT Neo2 has arrived in Europe, following its launch in Thailand and Malaysia earlier this month and its October launch in India. The phone will be available soon through the company’s official site at realme.com.

Update: the Realme GT Neo2 is now available from the company's official online store and there are early bird discounts in effect until November 29. The 12/256 GB model is €100 off (down to €450) while the 8/128 GB one is €80 off (down to €370). Shipping time is 1-3 working days. Also, do check out the new Black Friday deals, which feature discounts for other GT models, including the original Realme GT and the GT Master. 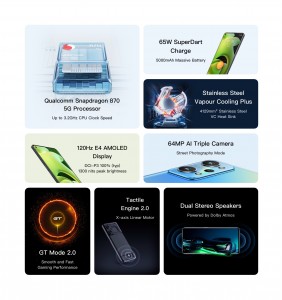 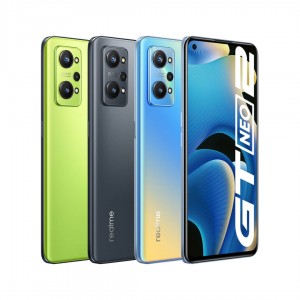 Note that in Europe the phone arrives with Realme UI 3.0 out of the box, which is based on Android 12, so you won't need to wait for updates.

PS. Round 2 of the Black Friday deals on realme.com kicks off tomorrow, so be on the lookout for GT Neo2 deals.

I was debating if I'd get a Mi11 or Gt Neo 2.I agree with your points and I'd like to add that: Cons-> -Mi11i has slower recharching than neo 2 -MIUI bugs -screen dimming on games -Heating problems(doesn't have the same co...

I've used them all. cmon even the a52 has 3 years of software 4 years of security updates. Have u even used oneui? How about good lock? not to mention oneui is also more feature-rich than all those skins u just mentioned. whatever, there is no p...

No, I' m not in 2019. One UI customizable? Why? Beacuse of the rotating wallpapers? You obiviously haven't tried MIUI, Realme UI, Oxygen OS, EMUI etc. And of course you will have those mentioned updates on Samsung, but you have to buy S...