Realme GT Neo just made its official debut with a Dimensity 1200 chipset and bold design of the back panel. The phone is almost identical to the Realme GT 5G, down to the measurements, cameras and screen.

The Realme GT Neo is built around a 6.43” Super AMOLED screen with a punch hole in the right corner. It has Full HD+ resolution, 120Hz refresh rate and 360Hz touch sampling rate.

The Realme GT Neo has a 64MP main shooter on the back, flanked by an 8MP ultra-wide-angle cam and a 2MP macro sensor. The front-facing camera has a 16MP sensor. 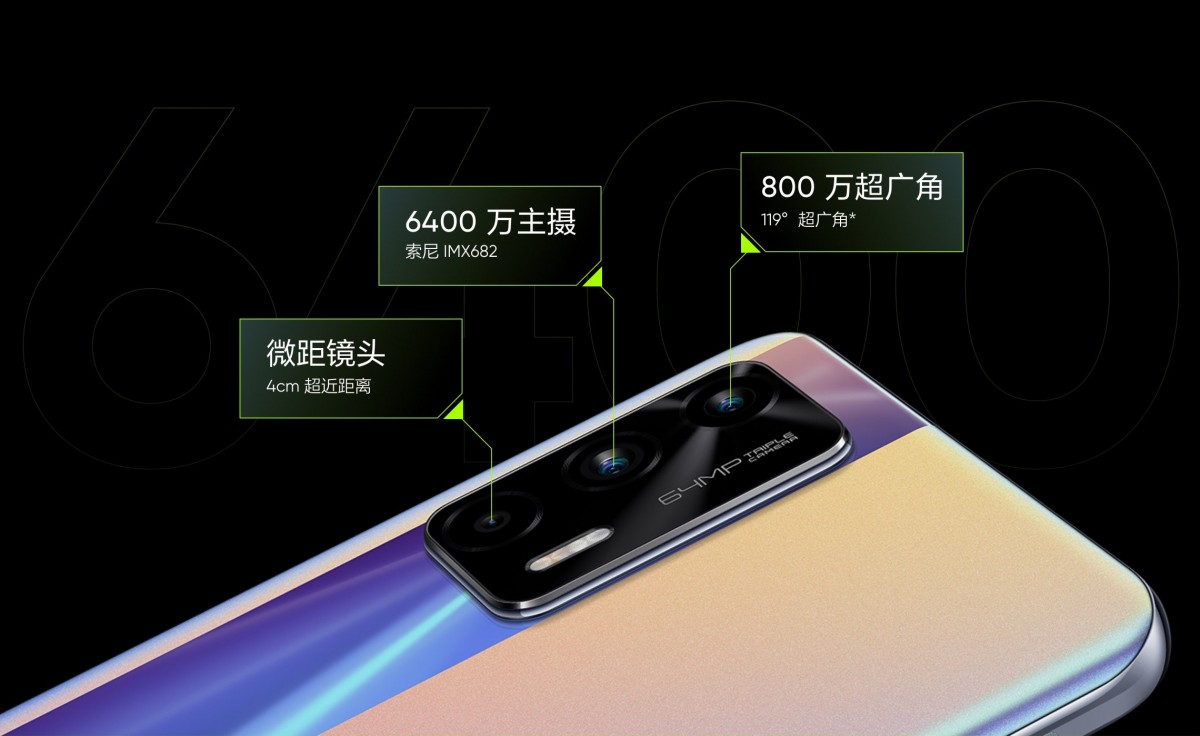 While the Realme GT Neo has the same battery capacity as its Snapdragon 888-powered sibling - 4,500 mAh - the charging standard is downgraded to 50W. However, the company will ship the very same 65W charger in the retail box.

The Realme GT Neo's design includes a monochrome sticker on the back that shines in all colors of the rainbow under lighting. This touch adds a bit of glamour to the three color options - Fantasy gradient, Geek Silver, or Hacker Black.

The phone is clearly oriented towards gamers, and for that Realme brought dual graphite plates and a liquid cooling solution to the GT Neo internals. Even with all these additions, the weight is very reasonable at 179 grams.

Software-wise, the phone comes with Realme UI 2.0 out of the box, which is based on Android 11. There is also a GT Mode for dedicating as much performance as possible to the game at hand. 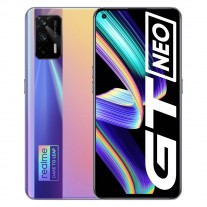 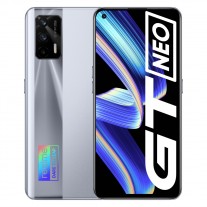 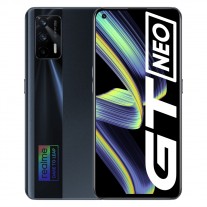