Yesterday Qualcomm surprisingly announced a refreshed Snapdragon 855 Plus chipset which is essentially an overclocked version of its current flagship 855 SoC. The new 855 Plus promises to deliver 15% faster GPU performance and is expected to appear in upcoming gaming phones like the Asus ROG Phone 2 in the next weeks and months. 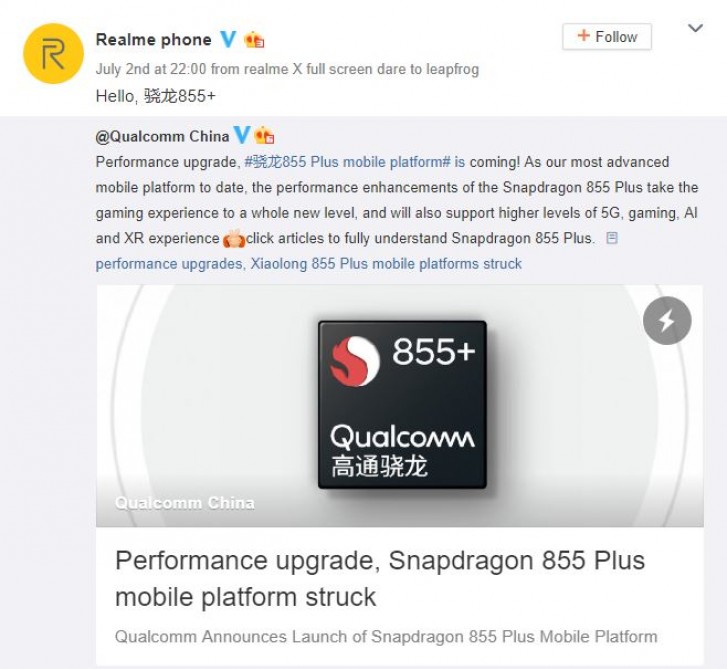 Realme went on to Weibo to welcome the new chipset which hints that the Oppo spin-off is working on a phone that will feature the Snapdragon 855 Plus. The young brand is yet to use an 800 series Snapdragon SoC so this could signal that Realme is ready to enter the more premium territory.

Back in April, Realme CEO Madhav Sheth detailed the company’s plans to expand its presence to new markets like Europe and the US alongside introducing its own 5G device. The same confirmation came from Realme Global CEO Sky Li who mentioned the brand will release a 5G phone once the network is fully operational in more regions. 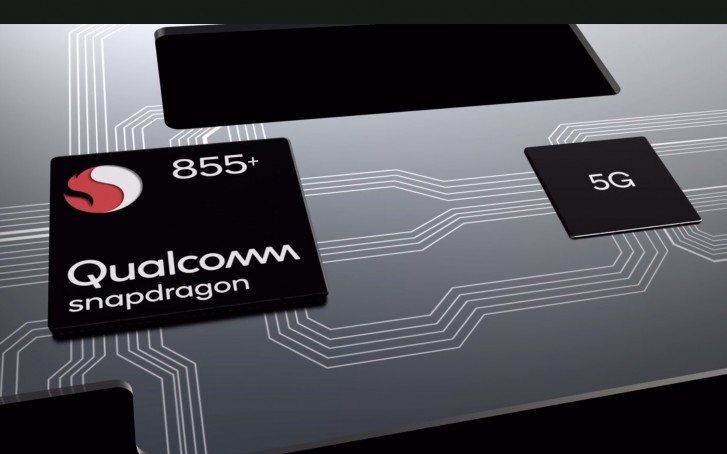 Since the new Snapdragon 855 Plus can feature the X50 5G modem we could expect it to be a part of Realme’s entrance into both the premium phone and 5G markets. Either way, we'll have to wait for more confirmation from the brand in the coming months.

I hope you're right because if this phone is priced right and comes with stock Android with some extra useful features then I'm sold! Hopefully they'll release their new premium phone here in the U.S.