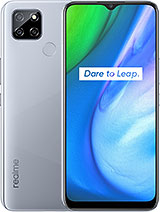 The battery seems to be so good and even the Mediatek 5G chipset is awesome at the low cost. The display resolution could have been slightly better.

I am sure they will rebrand this phone "Realme Narzo 30"

this is a Q2i rebranded

Anonymous, 16 Sep 2020How is the processor dimensity 720 g?better than hello g80?compare it Snapdragon 660??It's similar performance as Snapdragon 720G

Anonymous, 21 Sep 2020Why No Gyroscope ????? What about Notification Led Light ???? plz make a new one Realme ... moreThere is one already go check out Realme V5

What about Notification Led Light ????

Ok anything good but this 720p screen is pissing me off

How is the processor dimensity 720 g?better than hello g80?compare it Snapdragon 660??

Anonymous, 07 Sep 2020I think it just comes to luck (on whether your unit is a good QA or not) and proper charging t... moreWell of course not every unit blows up, not even close. Less than 1 percent maybe. But the risk is there, and as a romanian I don't really like that risk even if my mind says it's worth it.
I don't think it's charging as much as it's broken from the factory. Anyway if you don't care about said risk, then go for a realme as they offer the best bang for buck deals.
As for my battery experiences, I have an a40, a bs2 and a motorola macro (half of the people on the site know this better than I do, as I have said it many, many, many times). The a40 has gone up to 45C!!! And it didn't blow up during a stress test. The bs2 may feel real hot, but that's because it is made of metal, and metal loves exaggerating heat, spreading it all around etc., but it doesn't really surpass 41C during a bit of pubg action. And the motorola I bought out of curiosity at a sale. Fiddled around with it for 2 months and got bored. Doesn't heat up, doesn't blow up etc.
Also phones (if the explosion comes from the battery) usually blow up in the first few days, or after years and years of use.
Now to share my side of the story, I saw a mi mix 3 5g for 250 euro a few days ago, the offer is gone on pcgarage but it was great. Next year I'm most likely buying an rog phone. Less likely an iphone or a sony.
And where do you live? That price is great!

Andreidinutu, 07 Sep 2020Yeah I thought of that, but I didn't consider it like that cause otherwise he would have ... moreI think it just comes to luck (on whether your unit is a good QA or not) and proper charging techniques. I have a few relatives that has realme phones, namely the C1, C2, and 5i. No problems whatsoever on their batteries despite them charging it wrong several times for 1 - 1.5 years.

My 5 Pro and C3 works fine currently, though it's still early for conclusions. might have save enough money for a higher quality 5G phone or a previous flagship (I already found brand new Exynos S9+'s locally for $200, and it fits all my needs except it having an curved edge screen.) if it does decide to blow up.

Anonymous, 07 Sep 2020I think it's more of a wrong wording than a contradiction. Probably meant it's a dea... moreYeah I thought of that, but I didn't consider it like that cause otherwise he would have said ''you put some words into my mouth''.
I'm not really a fan of realme, as it has a tendency to blow up. But yeah, it would be a great phone if it came to europe (especially romania)

Anyways, if the GPU itself is 1.5x to 2x faster than my C3 3cam, then I'll probably jump at it if it becomes available internationally. Lack of HW Gyro is shite, but as long as SW Gyro is there and works well, then I'll manage.

cheap 5g phone however doubt there will be decent LTE category supported by these, tested v5 and that doesnt even aggregate 2 carriers on 4g sadly...

Total of 36 user reviews and opinions for Realme V3.
ADVERTISEMENTS