Oppo offshoot Realme has emerged as the No. 1 brand in the wearables category in IDC India's Monthly Wearable Device Report of September 2020, gaining a share of 22.1% in India's wearables market.

Additionally, IDC also revealed that Realme Watch was the most shipped device in India in the last two quarters, with a market share of 21.3% and 24.1% in Q2' 20 and Q3' 20, respectively.

It's our time!
With a share of 22.1%, #realme was ranked No.1 in the wearable watch category in India as per IDC India Monthly Wearable Device Tracker Report of September 2020.
Thank you for choosing the smart life with #realmeWatch 😉 pic.twitter.com/YNQUUZLzh2

The Realme Watch was unveiled back in May and is the company's first smartwatch. It sports a 1.4" color display and comes with heart rate monitoring as well as an SpO2 sensor for blood oxygen level measurement.

The Realme Watch has an IP68 rating and ships with a 160 mAh battery, which Realme says can offer seven days of endurance on a single charge. You can read our Realme Watch review to learn all about it.

In a press note sent to the media, Madhav Sheth - VP of Realme and CEO of Realme India and Europe - confirmed that Realme will introduce the Watch S and Watch S Pro soon. The Watch S was announced in Pakistan earlier this month, so we believe Sheth's referring to launching the new watches in India or Europe.

The Watch S features a 1.3" circular touchscreen and comes with heart rate and blood oxygen level monitoring. Its case is made of aluminum alloy, whereas the straps are made of liquid silicone and have four color options - Blue, Orange, Green, and Black. 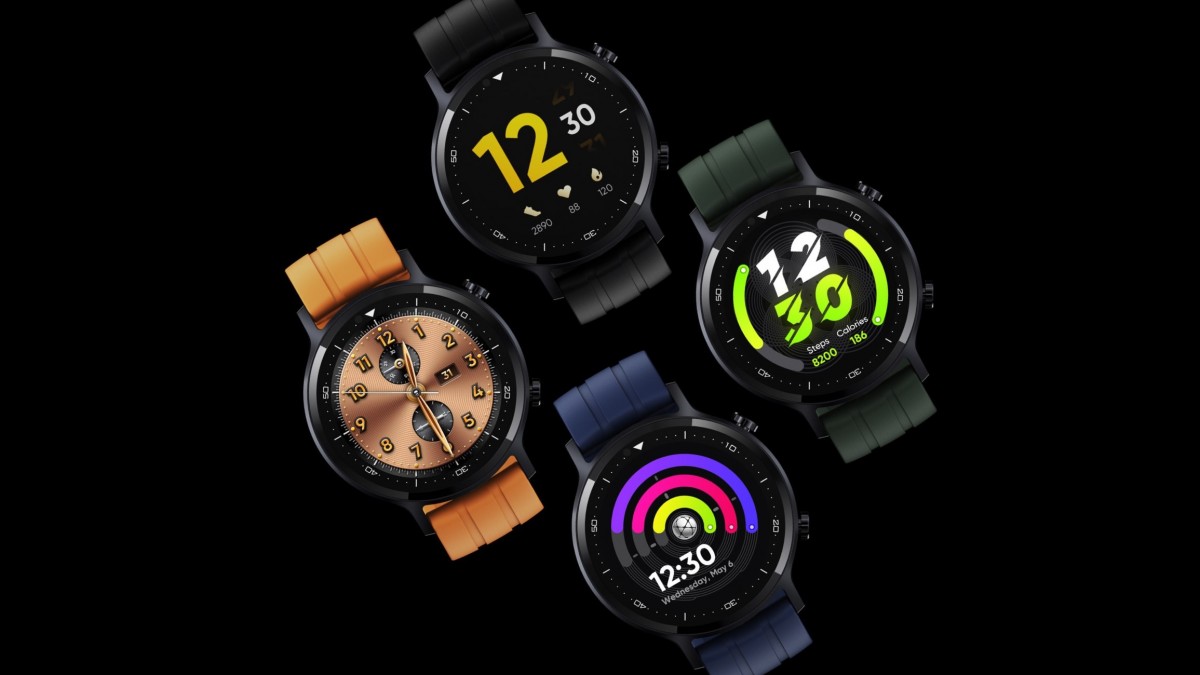 The Watch S supports 16 Sports Modes and comes with Sleep Tracking, App and Call Notifications, as well as Music and Camera Control.

The smartwatch is water-resistant up to 1.5 meters and packs a 390 mAh battery, which is claimed to offer 15 days of autonomy.

Looks alright to me. Reminds me of a Swatch.