A few fays ago, Realme officially brought the X2 Pro to India, causing quite the stir with its aggressive pricing for the flagship.

Local buyers can get one in Neptune Blue and Lunar White colors starting at INR 29,999 ($420) for the 8GB/128GB version and INR 33,999 ($470) for the 12GB/256GB model. The only catch being that supplies are currently limited and invite-only flash sales are being held. Definitely not ideal. 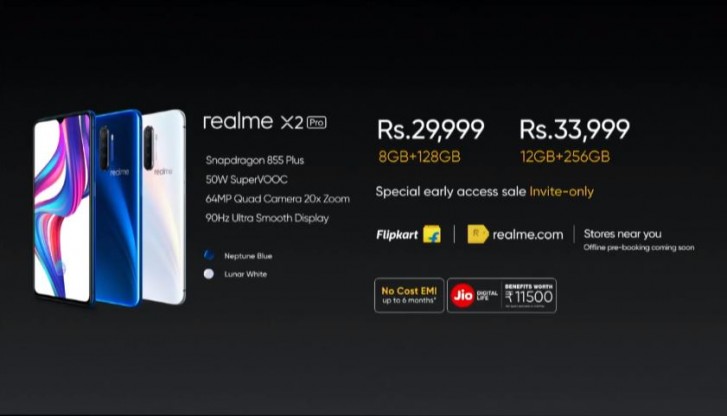 A new potential development, however, might signal an improvement in availability in the near future. The Realme X2 Pro has been spotted on the company's official website in its base 6GB/64GB memory variant. That one was not originally part of the India launch. It's a bit hard to say how this move might affect pricing, however. The most obvious scenario would be to expect a lower price point for the new variant. However, seeing how at current flash sale prices the X2 Pro is already considerably cheaper in India than Europe, the company might be looking to improve its bottom line as the phone moves past initial, gorilla-marketing, hype-infused, flash sale events. A good, relatively low-friction way of doing this could be to keep the same INR 29,999 starting price, but offer the 6GB/64GB version for that price going forward. It is worth noting that this version uses UFS 2.1 storage instead of faster UFS 3.0, like its siblings.

In any case, the Realme X2 Pro is an impressive value package. So much so, in fact, that it is currently outlined as one of the best flagship killers in our 2019 buyer's guide. It packs an impressive 6.5-inch Super AMOLED panel with a 90Hz refresh rate and UD fingerprint reader. Also, a Snapdragon 855+ chipset, a quad-cam setup, headlined by a 64MP main shooter. There’s also a 13MP F/2.5 telephoto camera, 8MP F/2.2 ultrawide module and 2MP depth helper. A 4,000 mAh battery with very rapid 50W SuperVooc Flash Charge technology is also part of the mix and the X2 Pro currently ships with Android 9 Pie and ColorOS 6.1. Although, Android 10 is right around the corner. 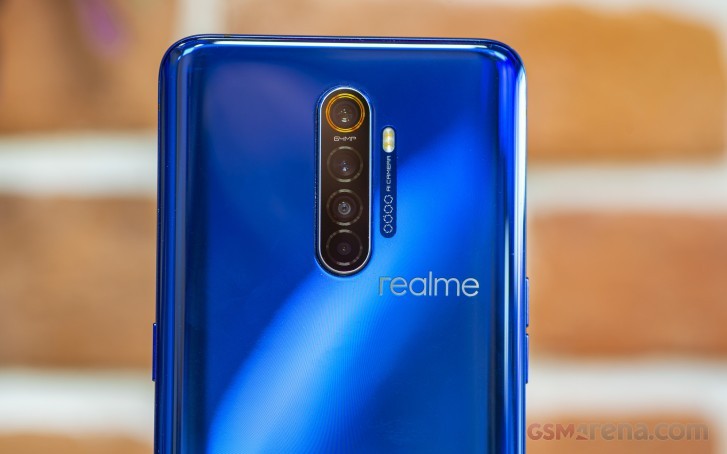 For more in-depth info on the Realme X2 Pro, you should check our full review.

Slightly better than the zenfone 6z and K20 pro. Fair enough pricing. Let's see what the K30 pro brings to the table since it would be equipped with Snapdragon 865 instead of 855+

So, the X2 Pro has the "better quality display" than the Mi Note 10. It's a fact! There is no competition between the two except for the cameras. Camera - that's the "only" area where the Mi Note 10 is superior. In everything else he X2 Pro is superi...

Let me ask you, do you some problem understanding? I never talked about business but about production cost . If you're uneducated let me help you. The rise of OLED displays began when found out that the production cost was very similar to LCDs and so...