The Realme X2, which will be unveiled on September 24, will pack a 4,000 mAh battery with support for the freshly announced 30W VOOC Flash Charge 4.0. 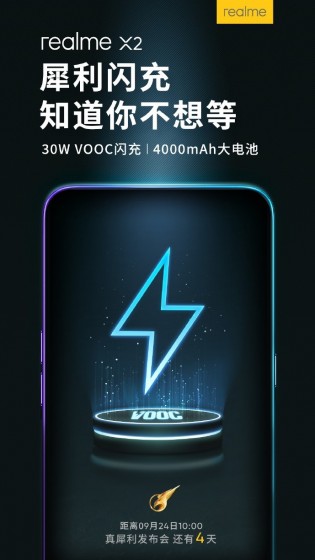 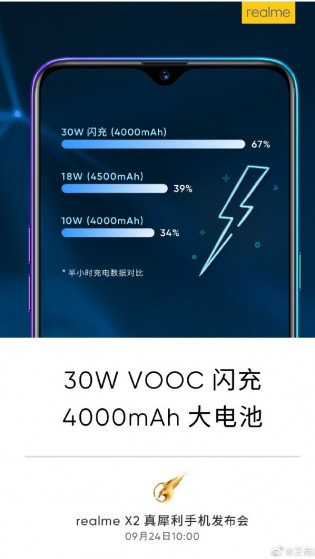 Realme has already confirmed that X2 will come with a 64MP quad camera, 32MP selfie shooter, and a Snapdragon 730G SoC. We expect the company to reveal more about the phone until it goes official on next Tuesday.

Price? Complexity? I was more concerned about the proprietary charging technology if I was you. The charging brick is hard to come by.

why the X2 have notch becouse in realme X there are pop up camera phone and every body like that.

why notch? the original X phone was without notch!!!