The device was spotted bearing the same RMX2086 model number as in the previous listings. The certification revealed the presence of Bluetooth 5.1 connectivity but not much more. 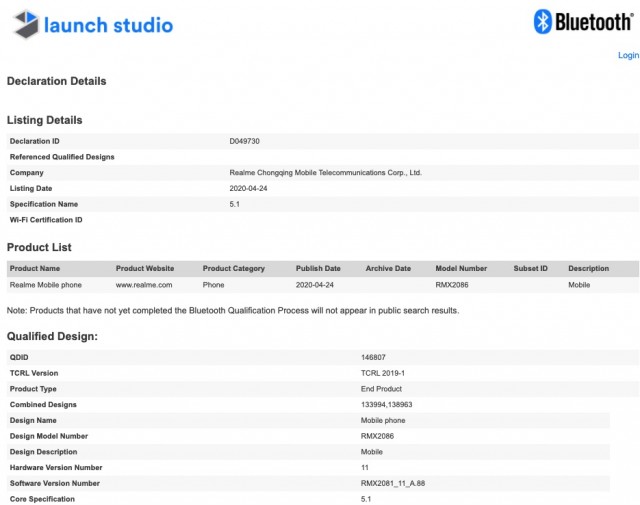 From the phone’s Geekbench listing we know the X3 SuperZoom is packing the Snapdragon 855+ chipset, up to 12GB RAM and runs Android 10.

The phone is also expected to come with a telephoto module which may offer up to 20X hybrid zoom but it remains to be seen what the optical magnification will be. Given the device's numerous certifications listings the launch date is clearly nearing.

In reality, there is not even any optical zoom, which is when optical elements move to change the image focused on the image sensor. All of these phones simply have multiple cameras with different focal lengths.

Any second camera a phone has should be a telephoto lens, Just dunno when all these companies will learn to leave the gimmick back.

If that is "SuperZoom". Then the day they use a 50x hybrid one they should call it "HyperZoom" and the millenium when they reach the 60x or more call them "MegaHyperFromOtherUniverse Zoom" LOL Then the funniest thing will be when the optical zo...