Realme has officially unveiled the X7 Max 5G after several weeks of teasers and a delayed launch. The phone is identical to the recently launched GT Neo which is exclusive to the Chinese market. You get a Dimensity 1200 chipset (first in India), AMOLED screen and triple camera setup with a 64MP primary camera. In addition, Realme also announced a pair of new 4K Smart TVs.

The screen on the X7 Max 5G measures 6.43 inches and brings a 120Hz refresh rate and a 16MP selfie cam tucked in the left corner. The panel is protected by Dragontrail Glass and also packs an integrated fingerprint scanner. Realme is also bringing Dolby Atmos stereo speakers and a headphone jack. Going around the back we find Sony’s IMX 682 64MP sensor which is backed by an 8MP ultrawide module and 2MP macro shooter. 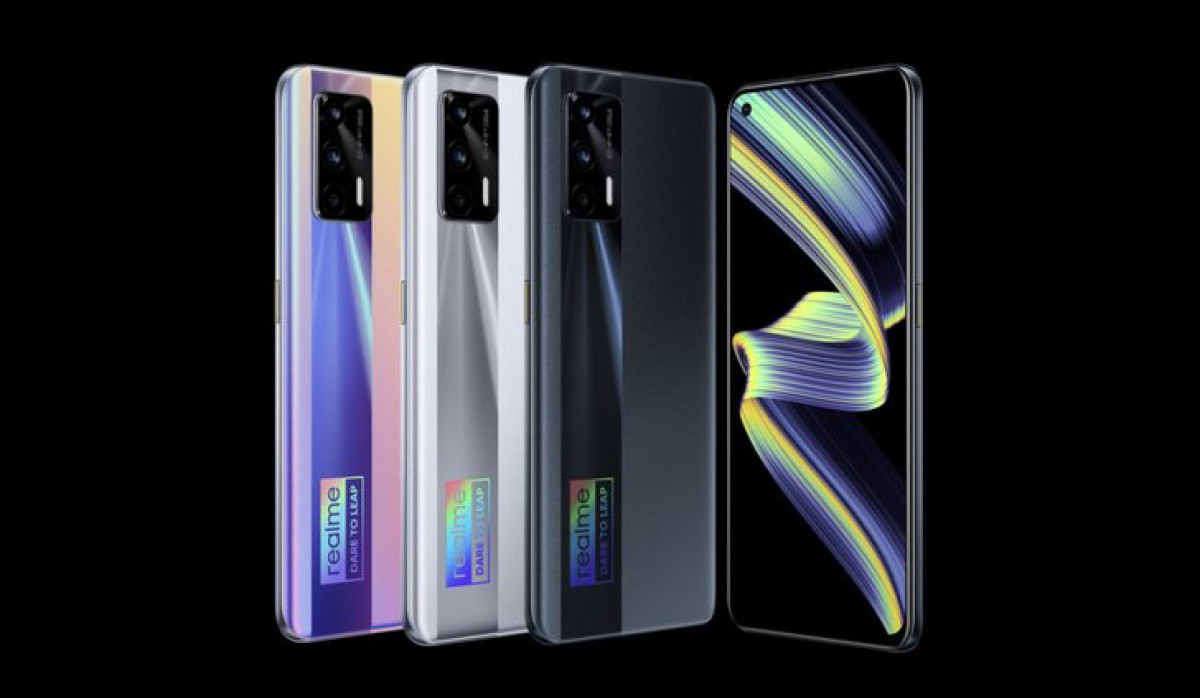 MediaTek’s Dimensity 1200 SoC is paired with 8/12GB RAM and 128/256GB UFS 3.1 storage. The software front is covered by Realme UI 2.0 on top of Android 11. Realme also promised it's working on delivering an Android 12 quickly, once the latest version comes out in the Fall. Rounding off the specs is a 4,500 mAh battery with 50W SuperDart charging. 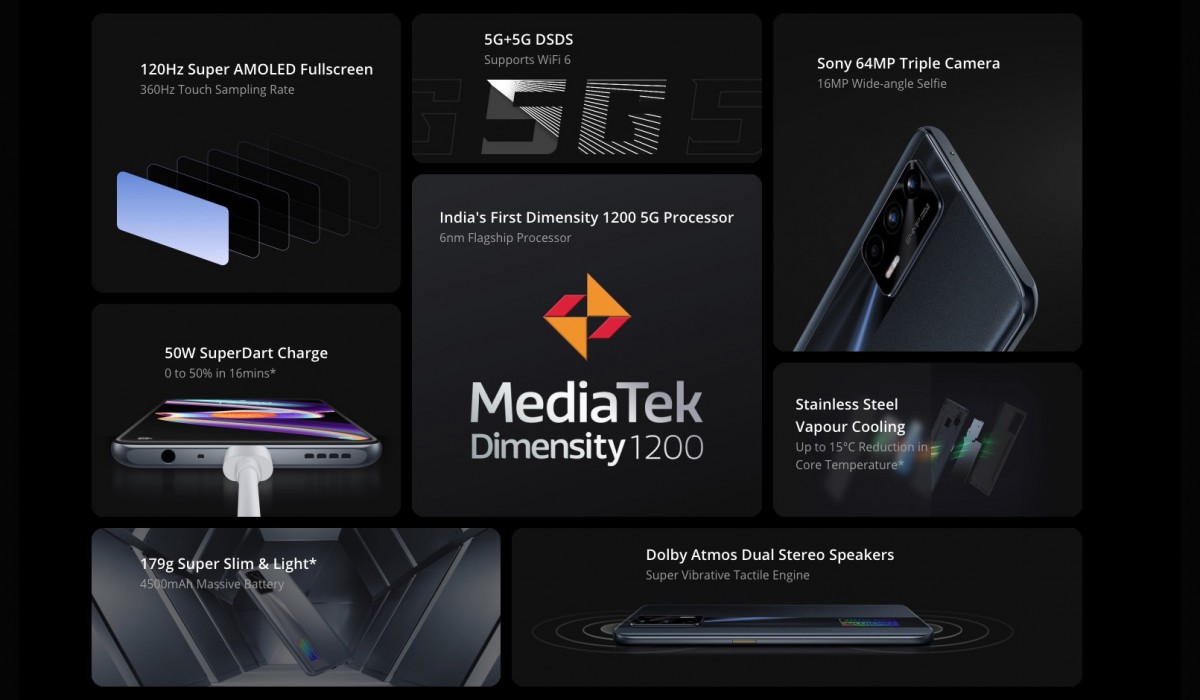 Alongside its new flagship smartphone, Realme brought a new Smart TV 4K to India. It comes in 43 and 50-inch sizes, in both cases with HDR 10 and Dolby Vision support. The panels also support 83% of the NTSC color gamut and Realme’s Chroma Boost Picture Engine. 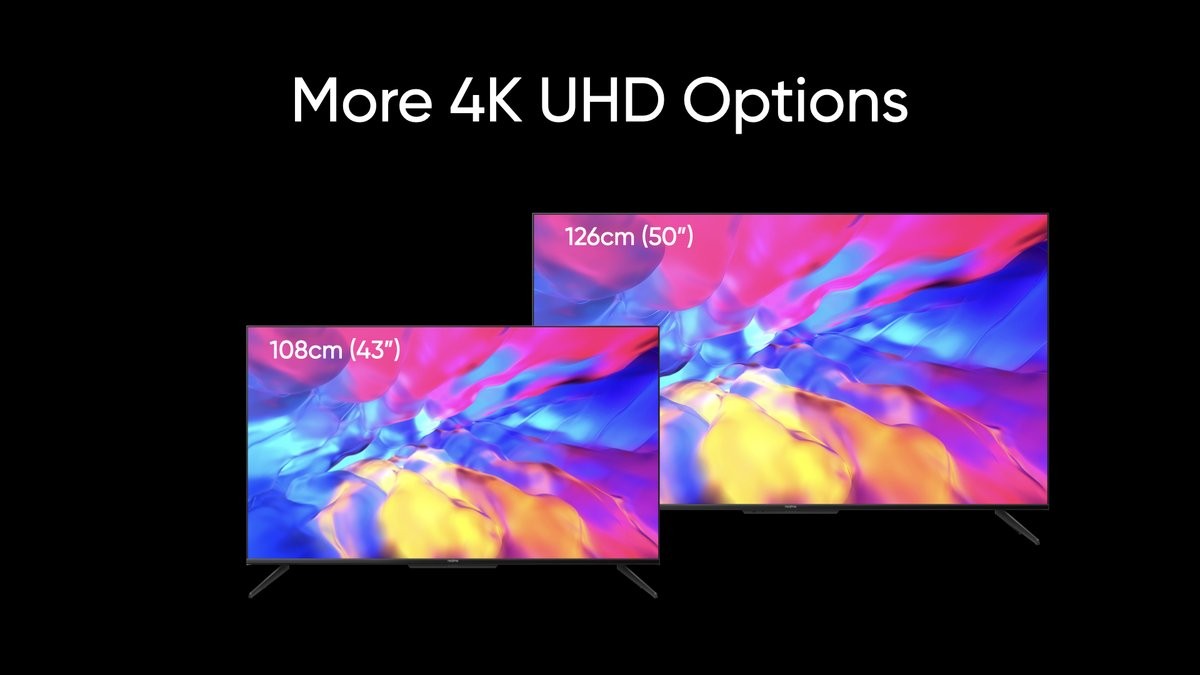 There’s a quad-core MediaTek chipset at the helm with 2GB RAM and 16GB storage while the software front is covered by Android TV 10. I/O includes 3x HDMI ports, 2 x USBs, an Ethernet port, one SPDIF and a DVB-T2 port. There’s a pair of 12W speakers and a tweeter with Dolby Atmos surround sound support. 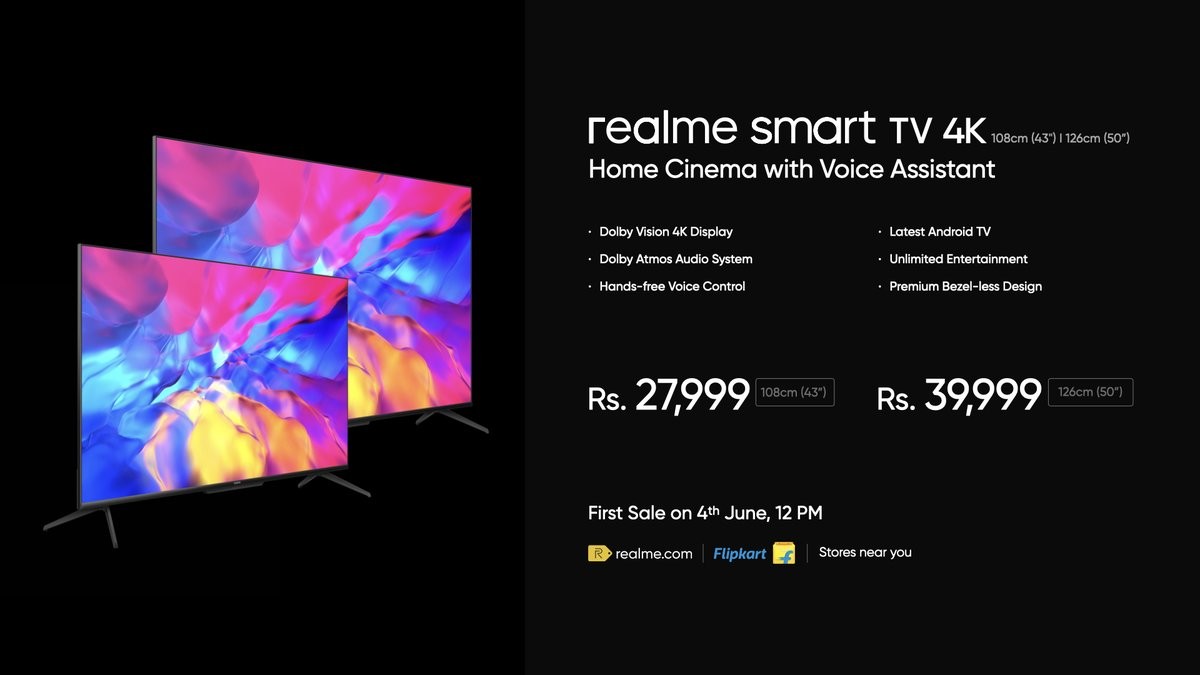 Yes, you are right. That's why I'm saving money going for old/used phones like Samsung note 9 or S10+. Actually getting a budget flagship is not a problem for me but the company itself giving updates to degrade or lower performance of phone...

The thing is at its exact price point you rarely get good software updates from any phone manufacturer. For 27k you get the OnePlus Nord which has good software support but uses a slower processor and doesn't have a very sturdy build quality. Th...

See, I was also made up my mind to buy x7 max for 3.5 mm jack, beautiful display and 5g specs. But then I thought what about its ui and after all updates. So I started digging, and then I found out in realme community that a similar priced phone x2 P...