Realme introduced the X7 lineup back in September, and it looked like the phones will remain China-only with no word of international availability heard since.

Good news is the Realme X7 Pro got certified in Thailand, meaning it could escape the domestic scene after all. The phone with the same model designation RMX2121 and name Realme X7 Pro 5G appeared on the NBTC. 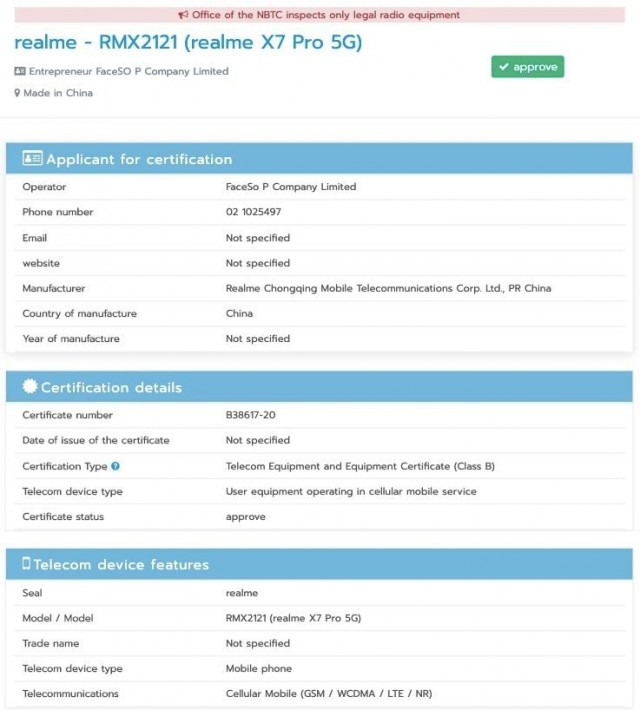 The listing itself does not reveal any specs but we seeing the unchanged model code we don't expect to see any changes to the Dimensity 1000+ phone.

We'll be on the lookout for more clues and hopefully we'll soon get an official word from Realme too.

I really hope dimensity 1000 could launch outside china. Snapdragon need a real competition to speed up 5G. I also hope Snapdragon 680, 750, 775 device will come out faster

This should be realme's best competitor to the redmi k30 ultra. $20 without the ads seems like a worth-it deal.