It's official - the Realme X is here and it's the most premium phone the brand has ever put out. Alongside it the company unveiled the Realme X Lite, which is merely the Chinese name for the Realme 3 Pro.

Think of the Realme X as a Realme 3 Pro with a bigger, now AMOLED screen and the OnePlus 7 (non-Pro) cameras.

Now let's dig in. The Realme X has a 6.5-inch 1080p AMOLED with an in-display fingerprint scanner and no notch. Realme has achieved this by tucking the selfie camera into a motorized pop-up mechanism behind the display. 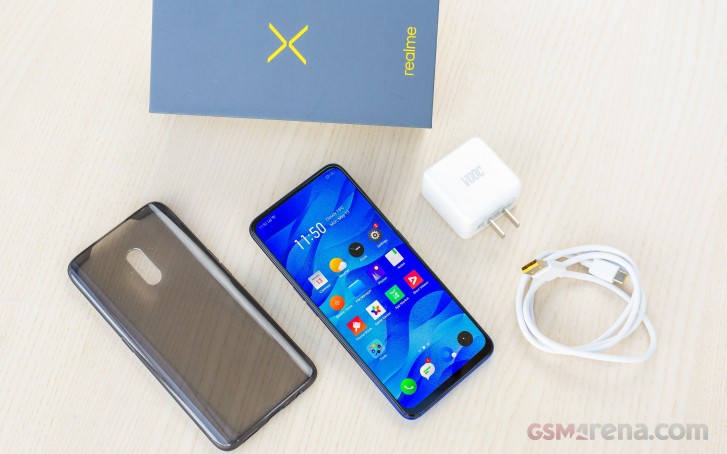 The in-display fingerprint scanner is an optical one (instead of an ultrasonic) and lights up the part of the screen overlapping the sensor to capture a fingerprint and unlock. Like the OnePlus 7 Pro, the Realme X uses a larger (44% larger, to be exact) sensor, which in combination with a DSP acceleration engine provides a snappier unlock.

Despite its bigger footprint, the Realme X has a slightly smaller battery than the Realme 3 Pro. Still you get VOOC Flash Charge 3.0, which promises to bring the 3,765mAh unit from flat to 55% in 30 minutes. 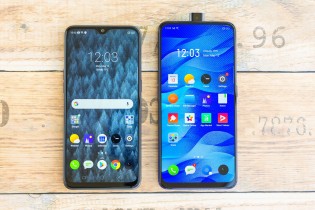 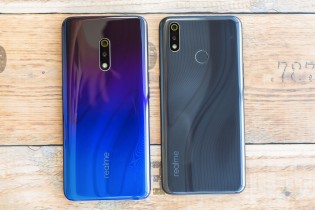 Realme X next to the Realme 3 Pro

Now on to one of the biggest selling points of the Realme X - the new cameras. On the rear there's a 48MP f/1.7 main snapper and a 5MP f/2.4 depth-sensor while technically on the for selfies, there's a 16MP f/2.0 elevating camera.

The 48MP snapper is a Sony IMX 586 sensor found in an ever increasing number of phones these days. It uses pixel binning to combine 4 pixels into one for 12MP final images. 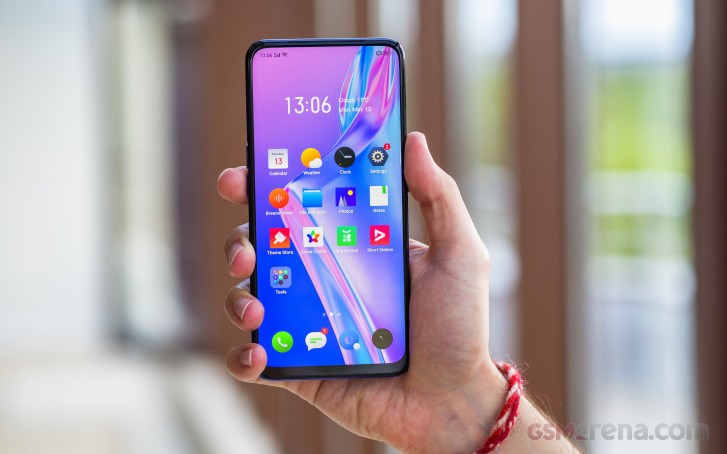 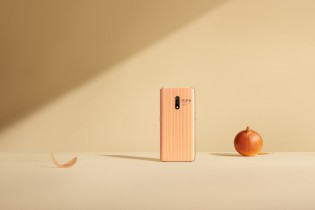 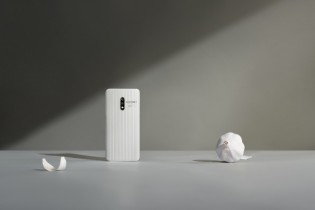 There's a special collection by Naoto Fukasawa, a proponent of the "Without Thought Design" philosophy. Two models dedicated to onion and garlic, simple but vital ingredients of a tasty dish. They have a special finish on the back inspired by onion and garlic peels. They will cost slightly more, CNY1,899 ($275), for the same 8GB/128GB memory.

Lol. Just because YOU don't like SD cards doesn't mean its not a flaw if a phone lacks one. :P Glass is a horrible material for a big phone as its slippery and fragile. So you will need a phone case anyways. I will always take the word of G...

No flaw in any of my statements. I said it has a cheap LCD which is true. Any flagship or "flagship killer" phone that comes without an OLED display is crap. I said it has poor construction because it has a plastic frame which is unacceptable for a...

Samsung which had removed SD slot quickly brought it back on their S & Note series. Those who feel it can slow down, need not put a card in the slot, rest can use it. Dedicated memory slot is great. LED Notification for many beats -always on d...