Realme is looking to bring a full-screen phone with the Realme X on Wednesday. Thanks to the abundance of leaks we’ve already seen the phone's design and even the retail box and now Realme provided official renders of the device for the first time via their Weibo account. 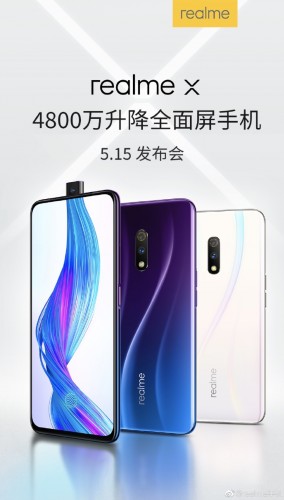 The phone will come in white and a blue/purple gradient colors. Up front, we see the 6.5-inch FHD+ AMOLED screen with its minimal bezels and built-in fingerprint sensor. Above it is the front pop-up camera which will feature a 16MP sensor. Around the back, we see the double camera setup with a 48MP main and 5MP depth sensors along with the LED flash and Realme branding in the bottom half. 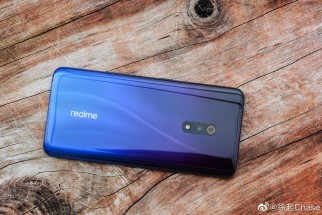 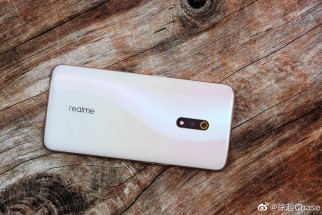 The phone will run on the Snapdragon 710 paired with 6GB RAM and 128GB storage for the base configuration. Battery capacity is 3,680 mAh with VOOC 3.0 fast charging support. Alongside the official shots of the Realme X, we also got some news about its other features courtesy of the brand’s CMO Xu Qi Chase. The upcoming phone will support DC dimming and Dolby surround sound. The Realme X is scheduled to make its debut in Beijing on May 15 and we'll be on site to bring you the latest updates so stay tuned.

This could be an exception as it's going to be Realme's more advanced offering, but I'd like plastic too anyway