Last week, Realme's European branch teased the release of its future flagship device, the Realme X50 Pro 5G, on Twitter and announced that it's attending the MWC for the first time this year. 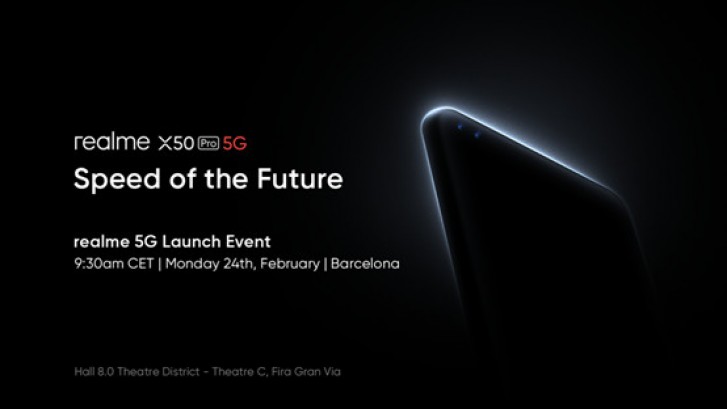 Now the company is making it official by scheduling its event on February 24 at 9:30 am CET during this year's MWC 2020 in Barcelona. The firm is about to unveil one of the first Snapdragon 865-powered smartphones with 5G support as Qualcomm teased during its announcement of the chipset a couple of months ago.

This official invitation is a breath of fresh air amidst all the companies canceling their appearance during this year's MWC due to the novel coronavirus outbreak.

New phone releases while Corona virus going on... Very risky. Would wait for better days. The question is how much Corona can (will?) affect production, exports and sales. Allot of unknowns. Virus declination would be a good indicator but not there y...

Any news on the price and the display type?